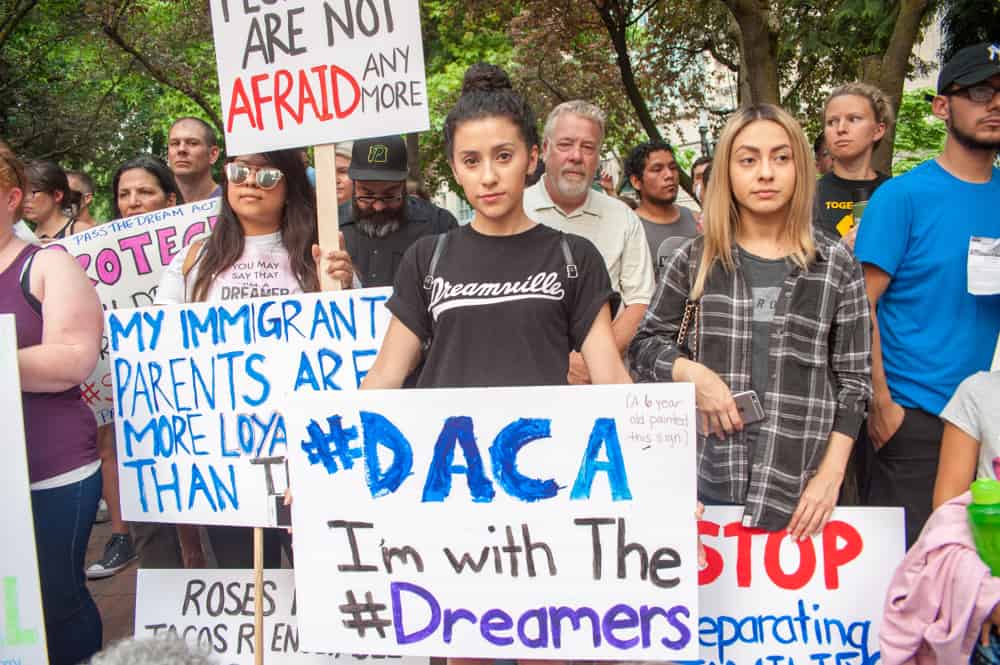 Senate Majority Leader Mitch McConnell told reporters today that no DACA legislation would be addressed until 2018.

DREAMers, undocumented immigrants who were brought here as children, and their allies had been protesting and advocating for a bill to protect them before the government shut down pending a spending bill.

He told Fox News: “That’s a matter to be discussed next year. The president has given us until March to address that issue. We have plenty of time to do it.”

McConnell said that there have been conversations happening between both parties to satisfy questions of “border security, interior enforcement and reforming broken parts of our immigration system.” He went on to say, in a statement, that if a negotiation was reached in January, then the Senate would be able to vote.

The statement seemed to be a response to Sen. Jeff Flake’s saying that in exchange for his vote on the tax bill, there would be a vote on a permanent version of DACA.

Bipartisan #DACA bill will be on the Senate floor in January.

“While I would have written a much different bill, this bill lowers the corporate tax rate in a manner that makes us globally competitive. I am also pleased that the Majority Leader has committed to bring the bipartisan DACA bill we are currently negotiating to the Senate floor in January,” Flake said.

More than 700,000 DREAMers now have to continue to wait for some form of permanent protection.