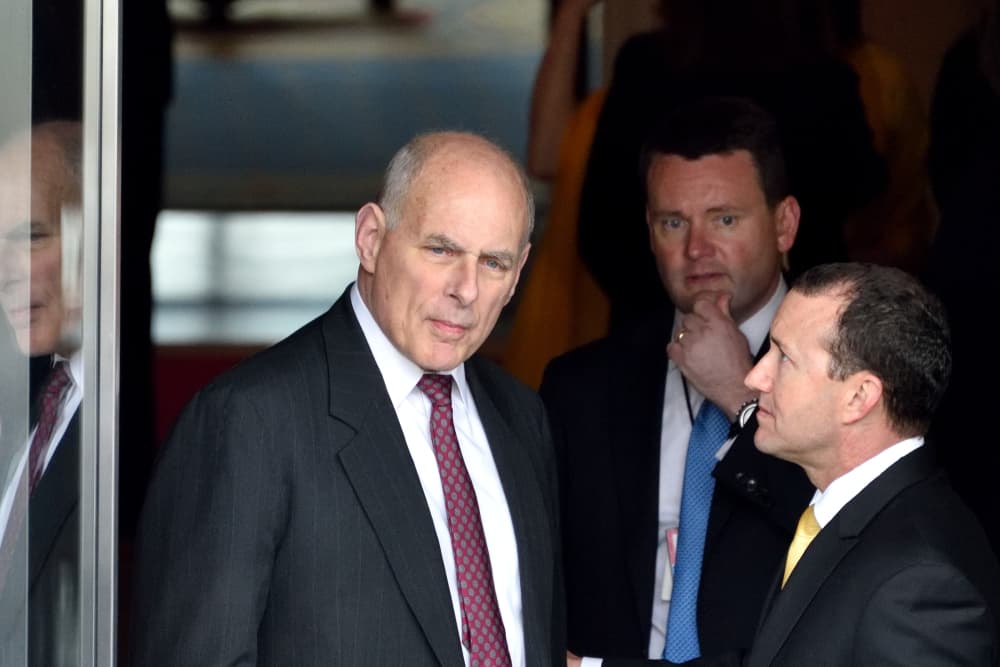 Gen. John Kelly, President Donald Trump’s chief of staff, recently had a wide-ranging interview with NPR’s Morning Edition about the state of things as well as his reactions to some policies.

Most controversially, Kelly is asked about the recently announced Trump administration “zero-tolerance” policy that calls for undocumented immigrants to be criminally prosecuted and be separated from their children. He says:

Let me step back and tell you that the vast majority of the people that move illegally into the United States are not bad people. They’re not criminals. They’re not MS-13. … But they’re also not people that would easily assimilate into the United States, into our modern society. They’re overwhelmingly rural people. In the countries they come from, fourth-, fifth-, sixth-grade educations are kind of the norm. They don’t speak English; obviously that’s a big thing. … They don’t integrate well; they don’t have skills. They’re not bad people. They’re coming here for a reason. And I sympathize with the reason. But the laws are the laws. … The big point is they elected to come illegally into the United States, and this is a technique that no one hopes will be used extensively or for very long.

Describing such a large swath of people in that way is one of the very definitions of racism, and is particularly concerning considering Trump’s comments earlier this year about preferring immigrants from countries like Norway, which are entirely white.

He is also asked about the administration’s decisions to end TPS (temporary protected status) for several countries, affecting hundreds of thousands of people who have been living in the country for several years.

I think we should fold all of the TPS people that have been here for a considerable period of time and find a way for them to be on a path to citizenship. … Take the Central Americans that have been here 20-plus years. … By doing what she’s done, Secretary Nielsen once again is forcing the United States Congress to do something. I mean, I can’t tell you the number of times in my hearings when they would ask me about why we’re doing this, so what is your philosophy on immigration or whatever. I just said, “Look, you make the laws. I execute the laws.” I can’t pick and choose what laws to enforce. I would be, I should be thrown out of the job if I do that.

You can read the rest of Kelly’s answers here.

We Should’ve Seen Kanye Coming; One Person Did