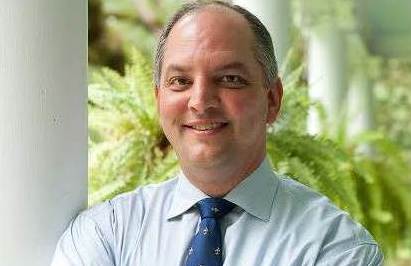 Louisiana is primed to be the next state to pass a bill in the recent rash of sweeping laws that drastically restrict women’s access to abortion — in this case, banning abortion after a fetal heartbeat is detectable, generally about six weeks into the pregnancy. [h/t Washington Post]

These bills are becoming common among red states itching for a Supreme Court showdown over Roe v. Wade, but Louisiana stands out from the pack by virtue of Governor John Bel Edwards, a Catholic, U.S. Army veteran, first-term governor and, notably, a Democrat. Bel Edwards is the only chief executive Democrat in the South, and his opposition to abortion is unique in his party, which has increasingly coalesced around a decidedly pro-choice platform over the past two decades.

But some Democrats are holding out hope there is room for opposition to abortion within their party’s ranks. There’s even a group called Democrats For Life, though executive director Kristen Day admitted to the Washington Post it’s been an uphill battle. “They just don’t want anyone who opposes abortion in the party,” she said. “They’re kicking people out of the party instead of trying to bring people in.”

Democrats For Life have pushed a mentality they call “pro-life for the whole life”, in which they push to not only expand government protections for the unborn but also for the poor, the disabled, the food insecure, immigrants and other groups they say can be forgotten among pro-life groups’ crusade against Roe. As an example, Governor Edwards has pushed for Medicaid expansion and expanding the foster care age from 18 to 21. According to Day, this is the sort of legislation that could help move the anti-abortion movement beyond “pro-birth” legislation into a more holistically pro-life ethic.

Edwards has said he will most likely sign the bill.

Knowing Your Self-Worth Is a Commandment

Yes, the Ark Encounter Museum Is Suing for Rain Damage

This Huge Misconception May Be Affecting Your Ability to Offer Forgiveness