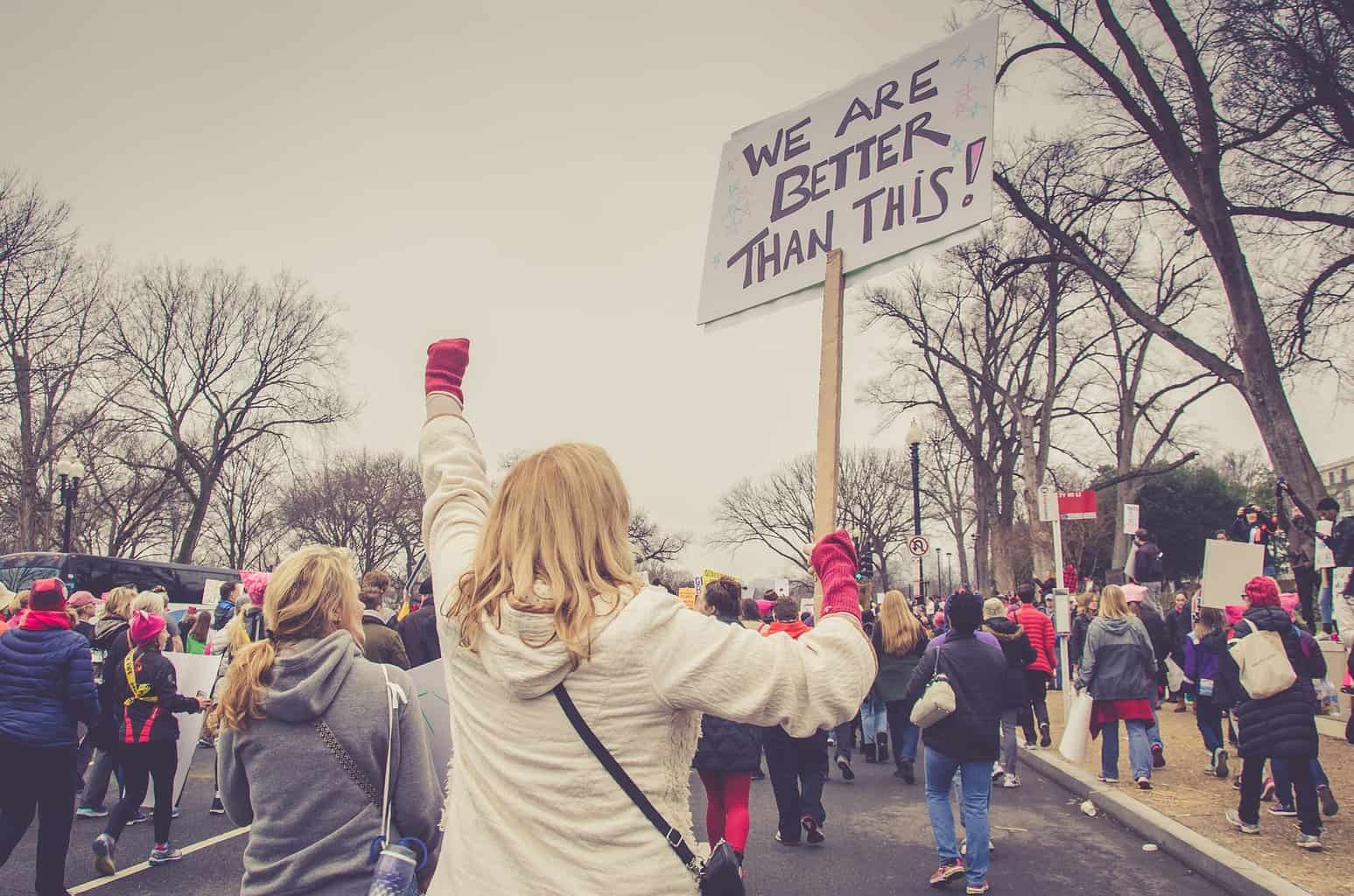 In the aftermath of the horrifying shooting at Marjory Stoneman Douglas High School in Parkland, Florida, the predictable arguments are raging in newsrooms, state houses and living rooms. Many of us feel helpless before the words start flying—we’ve all heard and used the same tired arguments, phrases and hashtags.

The central debate is about gun control, of course. And on gun control in the United States, public opinion appears to be increasingly polarized. To hear it from the talking heads on TV, it seems every American citizen has stuffed their own views on gun control into one of two extremes.

But as Brene Brown recently wrote, a large number of Americans don’t fit comfortably into either camp. Brown describes the horror on a woman’s face when she mentions her son’s upcoming skeet shooting event: “I exist in that lonely space between all guns and no guns—a space that [feels] defined by criticism and judgment.” Imagine that: an American with nuanced views, who grew up steeped in the rich history of sportsmanship and individual freedom that runs deep in our country but who also advocates for responsible gun policy reform.

Maybe you just found yourself nodding your head. Maybe you, like me (and Brown), grew up in a home of gun owners. Maybe you’ve never shot a gun in your life but believe solutions to gun reform are more complicated than banning every firearm. I think many Christians exist in this ideological no man’s land. I know I do. I hate violence and don’t personally own a gun, but I have fond memories of hunting the Idaho backcountry with my dad and believe in individual freedom. I also believe America is overdue for serious, comprehensive and sweeping evaluation of our gun control policy.

The statistics say I’m not alone. A February poll by Quinnipiac University found 66 percent supported stricter gun laws across all demographics, with 97 percent of respondents saying universal background checks should be mandatory. Gun owners agreed at the same rate. Quinnipiac’s latest survey found the highest measure of support for stricter gun control that they’d ever recorded.

There are many people who are willing to do the work of sifting through the facts and having productive conversations. These individuals know the situation is more complicated than fear-based bumper sticker logic. Many millennial Christians live in this in-between, but stay silent while the arguments rage. It’s easy to yell simple slogans but much harder to have a nuanced conversation. Because of this, a silent but powerful cohort of conscientious citizens don’t enter the national conversation. Drawing on personal experience, I’d bet they fear that if they speak up at all, they’ll be painted into the corner of an extreme view by others, just like Brene Brown experienced.

It’s Time to Speak Up—Here’s How

Here’s your rallying cry if you’re with me in this confusing space between polarized opinion groups: It’s time to speak up. In rhetorical theory (the study of how to persuade), there’s a term for what we need in the gun control debate: stasis. Stasis is the starting point for discussing topics. It’s the shared understanding about the nature of the problem and mutual goals the arguers are trying to reach and uphold together. On the topic of gun control in America, there is no stasis in the current debate. The camps yell past each other, and any hope of change gets caught in the barrage, too battered and bloody by the end of the verbal battles to be recognized.

Those of us in the middle need to join the conversation in meaningful ways. Understandably, emotions run high in discussions about gun control, in part because it’s a horrifying subject—we’re talking while parents are mourning their dead children, a reality we can’t forget at any point. Emotions are also high, however, because groups on the two extremes of the cultural narratives have worked hard to keep them high. You’ll notice claims on both sides of the aisle that are carefully designed to stoke fear, a powerful tool for persuasion.

Lay Down Some Ground Rules

First, it’s important to agree on a few things as soon as you see the conversation headed toward gun policy. It could be helpful to start by empathetically acknowledging the emotionally charged nature of the conversation, even admitting and sharing how hard it is for you to talk about. Maybe state that you’re interested in learning about everyone’s views on the topic, but you believe it’s vital for each person to stay civil and focus on listening as much as they talk.

In argument theory, there’s a technique called Rogerian argument. In Rogerian argument, common values and goals are identified, and participants agree the desired outcome of the discussion isn’t winning but rather arriving at a mutual solution and acknowledging the need to compromise. Rogerian argument also requires each individual to repeat their opponent’s position back to them as accurately and objectively as possible before responding.

Rogerian argument is a fantastic wireframe for approaching polarizing topics. Whether you give your friends and family a rhetoric lesson before you start discussing or just keep these techniques in mind, you could use the Rogerian model to have a more productive conversation.

Know When to Quit

Even while you may be bravely committed to civil discourse on this topic, there are situations that will never end with a respectful discussion. When you see a Facebook thread or a family lunch getting out of hand, exit as calmly as you can. Tell anyone who’s getting heated you feel the conversation isn’t headed in a productive direction. If you’re comfortable with it, you can invite them to re-engage with you at a better time or face-to-face instead of online.

If this happens, don’t give into the feeling of defeat: You may not be able to change anyone’s mind in one or two conversations, but you can turn up the dissonance and give them things to think about. You may be the first person who challenges an incorrect or extreme view someone holds, and even if they react with disgust and anger at first, your words could be the beginning of a positive shift.

As Christians, we’re called to be peacemakers and use our words for good. It’s a courageous thing to engage our friends, family and acquaintances on gun reform, but it matters. We don’t have to stay silent and feel heartbroken time and again—we can have honest, respectful conversations and empower ourselves and others to take meaningful action. For those of us who feel caught in the middle, there’s no longer any excuse to stay silent. It’s time to make a change, and it starts with us.

Emily Fisk is a writer and marketing strategist from Boise, ID whose work has appeared across the web and on her blog at emilyfisk.com. When she’s not working, she’s hanging out with her (super cool, not at all nerdy) writing group or getting outside with her daughters and husband. Find her on Instagram @emilyafisk.

Netflix Announces ‘Black Mirror’ Will ‘Be Right Back’

Beyonce and Jay Z Are Going Back On Tour Together