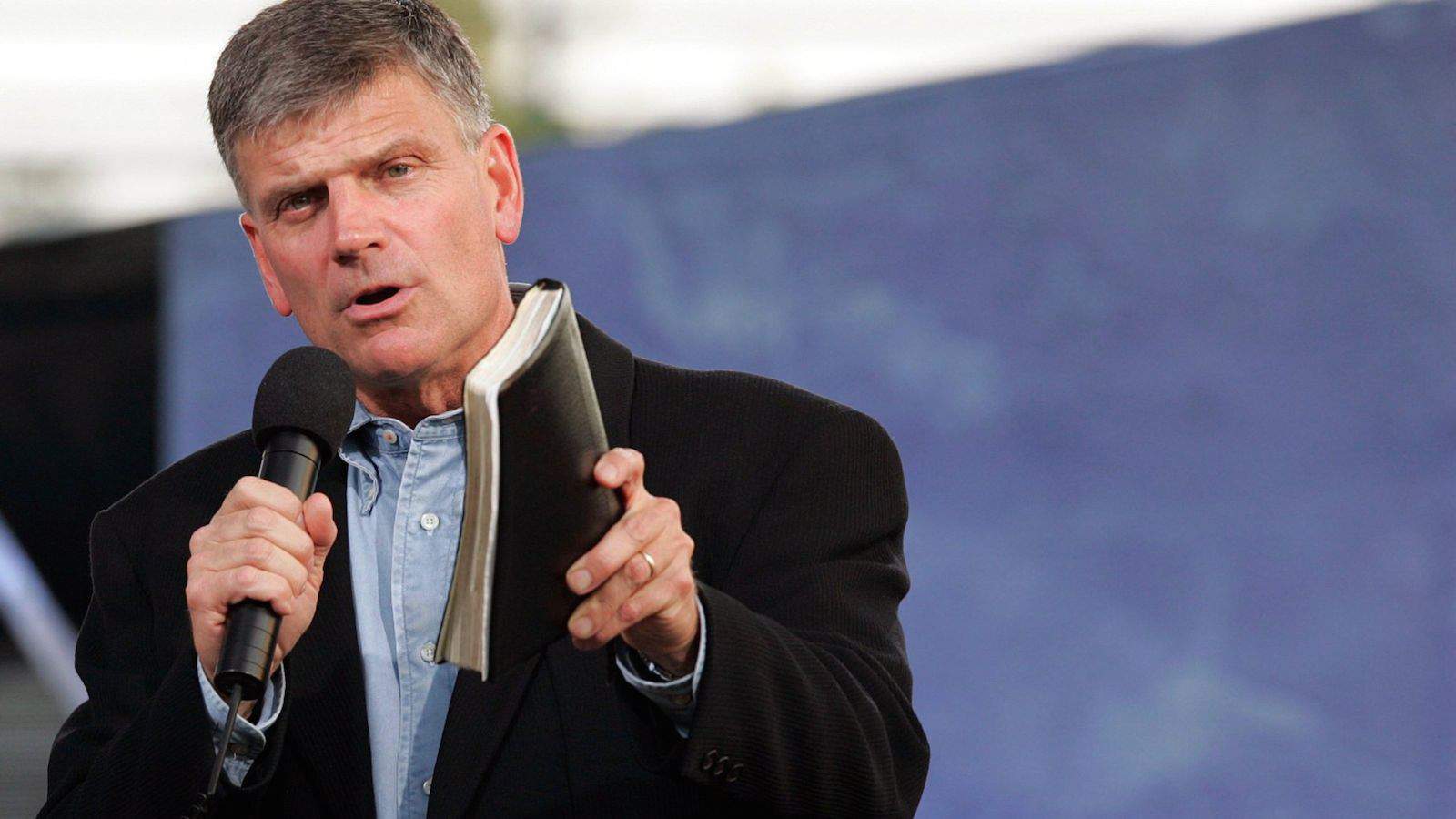 Earlier this month, Franklin Graham applauded President-elect Joe Biden’s call for unity, which was a rare moment of across-the-aisle encouragement from the staunchly pro-President Donald Trump evangelist. However, Graham took to social media on Thursday to blast the ten House Republicans who joined Democrats in voting to impeach the President for his role in inciting the mob that stormed the U.S. Capitol. Graham said that Democrats “impeached him because they hate him and want to do as much damage as they can. And these ten, from his own party, joined in the feeding frenzy.”

“It makes you wonder what the thirty pieces of silver were that Speaker Pelosi promised for this betrayal,” Graham asked, referring to the price Judas received for betraying Jesus — a metaphor that get more problematic the more you think about it.

“Shame, shame on the ten Republicans who joined with Speaker Nancy Pelosi and the Democrats in impeaching President Trump yesterday,” Franklin wrote. “After all that he has done for our country, you would turn your back and betray him so quickly? We have never had a president like him in my lifetime.”

It was not exactly a new tone from Graham, who has backed Trump at nearly every turn over the last four years even during some of the President’s trickiest scandals. Graham went further than usual in Thursday’s post, saying Trump deserved the Nobel Peace Prize for his work in the Middle East. Graham also called Trump “the most pro-life president we have ever had” and said that he “defended religious liberty like no president before him.”

Graham acknowledged that Trump “isn’t a perfect person,” saying he did not “support or agree with some of the things the President said and did the last couple of weeks” and called January 6 “a low point in his presidency.”

Graham is likely referring to Trump’s attempt to challenge the validity of the election. The President has spent the last few months hurling baseless conspiracy theories about a Democratic attempt to rig November’s election in Biden’s favor. There is no evidence to support these theories and none of them have made any legal headway, despite numerous attempts on the part of the President’s lawyers.

“We knew he had flaws when he ran for office in 2016. But I, and millions of others, voted for him because of the platform and policies he promised,” Graham said.

Dozens of arrests have been made in the days since the attempted insurrection at the Capitol, with prosecutors now saying they believe the mob wanted “to capture and assassinate elected officials.” They may have come within seconds of success as well, with subsequent recording showing just how case officials like Vice-President Mike Pence were running afoul the throngs. Congresswoman Alexandria Ocasio-Cortez has said that she feared for her life at one point during the raid, though details have been kept private as the investigation continues.

The insurrection left five dead including Officer Brian Sicknick, who was beaten to death with a fire extinguisher. Officer Michael Fanone told CNN that he was overwhelmed by the mob who shouted plans to “kill him with his own gun.” Fanone said “I just remember yelling out that I have kids,” and a few members of the mob had a change of heart and dragged him to safety.