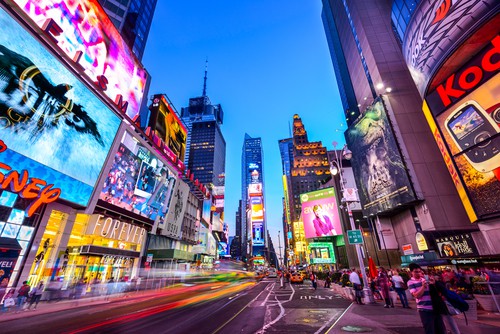 In response to New York’s new abortion law, Focus on the Family is launching a twelve-week campaign called “See Life Clearly” that will culminate with a big event in Times Square. The event, called “Alive From New York,” will feature 4-D ultrasounds aired live on a Times Square jumbotron, in addition to bands and speakers.

“We’re looking to fill Times Square with pro-life Americans, and it will feature live music, compelling and inspirational speakers, and best of all, live 4-D ultrasounds broadcast on a massive digital marquee in Times Square, powerfully showing the world that a baby inside the womb is fully human and should be given the chance to be born,” Focus announced.

“We’ll have great speakers. We’re going to have music, but we’re also going to do a live ultrasound of a third-trimester baby,” Focus president Jim Daly told CBN News. “And with the 4-D technology that we have, it looks like a picture of a 1-year-old. There is no way a person is going to be able to say, ‘That is not a child.’ It is a child and we want everybody to see it.”

In January, New York politicians passed a law that loosened restrictions on late-term abortions, permitting women to terminate their pregnancies in their third trimester “at any time when necessary to protect a patient’s life or health.” Critics say “health” is ill-defined under New York state law, effectively permitting late-term abortion for any reason at all, including mental or emotional duress.