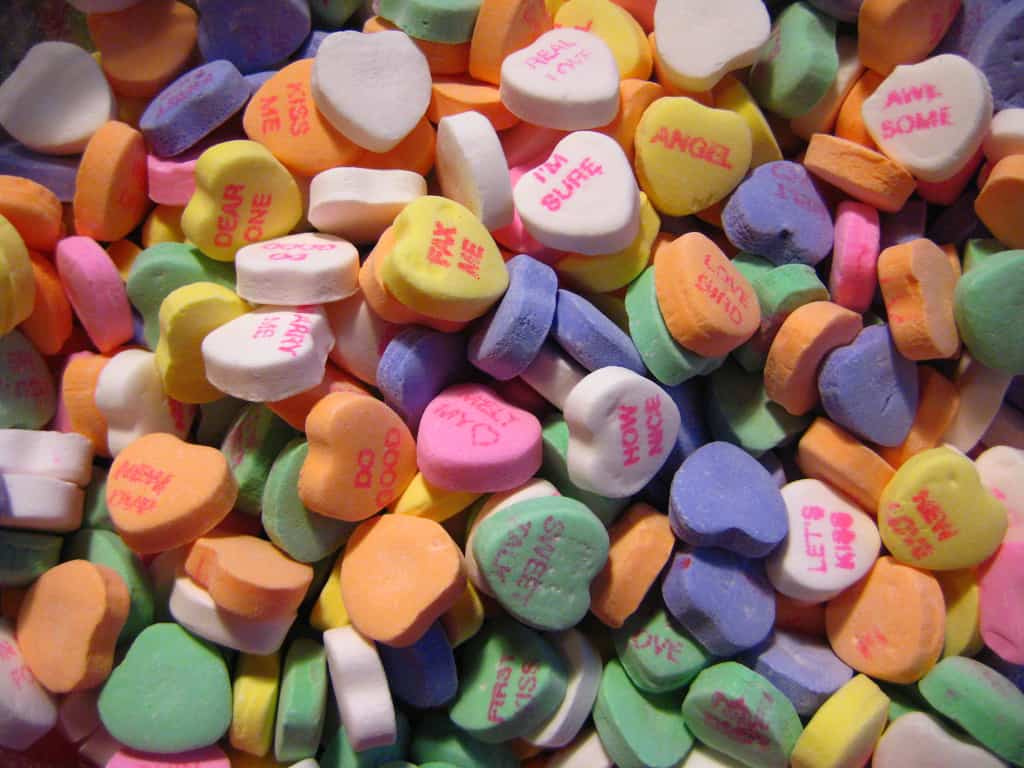 Those of you who’ve been hoping to use those little candy “Love U” and “Dear One” hearts to ask the person of your dreams out this Valentine’s Day better pivot to Plan B. For the first time in 153 years, Sweethearts Conversation Hearts won’t be on shelves for Valentine’s Day this year.

Why? Does it have to do with the government shutdown? Did some out-of-control progressive crusader accuse the candy of being too forward with its come hither advances? Is the candy company finally admitting its product isn’t very good? All understandable assumptions, and all wrong. The real reason is pretty mundane, but a little complicated.

Conversation Hearts have been made by a company called Sweethearts since 1866. The New England Confectionery Company (better known as “Necco”) took the company over in 1901, and turned the chalky sweet love notes into a Valentine’s Day staple, making them reportedly the most popular Valentine’s Day candy in 21 states.

But Necco closed its doors last July and was purchased by Round Hill Investments, which started selling its various brands off piecemeal. In September, Sweethearts was purchased by something called the Spangler Candy Company. Spangler plans to continue producing Conversation Hearts but unfortunately, those little suckers are time intensive. It took Necco 11 months to make 8 billion Conversation Hearts, which is about how many are sold in the six weeks leading up to Valentine’s Day. Spangler didn’t have a long enough onramp to get the Conversation Hearts out the door in time for Valentine’s Day 2019.

So you’ll just have to wait until Valentine’s Day 2020 for your Conversation Hearts fix, unless you’re willing to jump ship and try the new Sour Patch Kids conversation hearts.

MSN notes that people who just can’t live without Conversation Hearts might still be able to find some on Amazon or maybe even store shelves, but should be aware that those boxes are at least a year old. If you’re feeling brave, knock yourself out. If you’re using them as part of your Valentine’s Day gift, might want to include a warning in your love note.