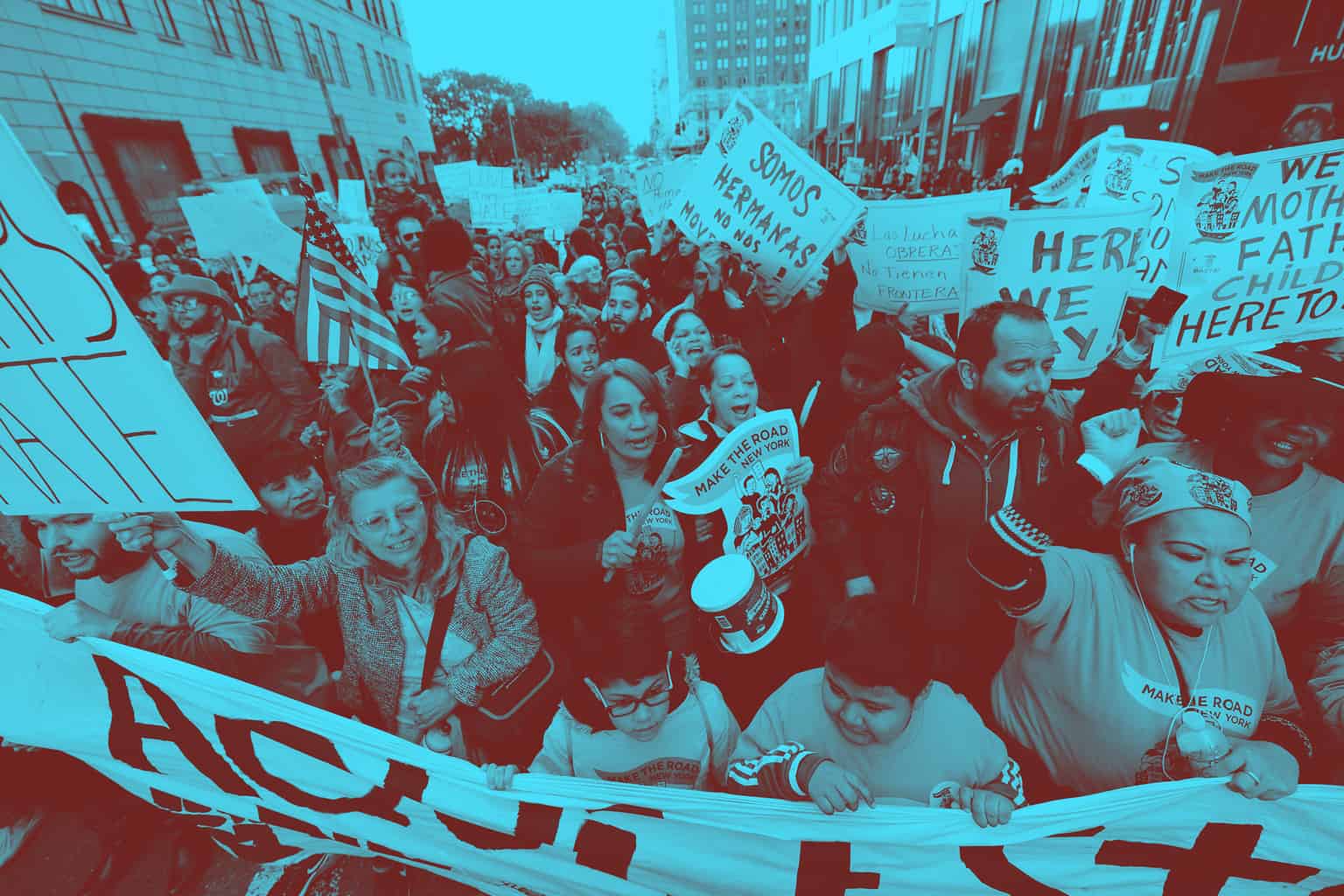 Immigration discussions are currently heightened in Washington D.C. and legislators are debating and seeking to compromise on ways to update some of the outdated immigration policies. Compromise is a key component to finalizing any immigration legislation, but this is where discussions always seem to reach an impasse. Some lawmakers are advocating for legislation to assist DREAMERs, those protected under the Deferred Action for Childhood Arrivals (DACA) program, while other lawmakers are lobbying for reduced immigration in various forms.

Immigration discussions have been tightening for months now and late last year, President Trump decided not to renew DACA in hopes that Congress could come up with a more permanent solution. Since then and over the past year, discussions around various forms of immigration have been discussed or introduced as legislation. Other than DACA, other notable immigration discussions have involved talks about “chain” migration (family based migration), refugees, Temporary Protected Status (TPS), diversity visas, and the RAISE Act was introduced about a year ago by two senators, which would limit legal immigration and include a points system.

The deadline for DACA expires in March and legislators have yet to compromise on a solution. On February 15, 2018, Congress had an opportunity to vote on several amendments for a chance to get a bill that would include a solution for DREAMERs, through the Senate. None of the amendments they voted on passed. There was likely discouragement on both sides of the aisle because neither had their needs or wants met that day. Many Americans likely also feel discouraged that Congress has yet to reach a compromise on any form of legislation that can update our immigration policies. It doesn’t matter where your ideologies lie— right or left, conservative or liberal, Republican, Democrat, or independent— people want to see progress.

In the political mix, people are exposed to a variety of information and persuasions. One side may believe they know the solution to a certain problem, while the other side may believe the exact opposite. Political discussions seem at an all time high, especially with the onset of digital and social media in the last several years. The roots of substance between “sides” seem to be growing weaker, but also growing in completely different directions. Political values seem to be strengthening partisanship and increasing the gap between ideologies. A Pew Research Center report indicates that the divide between those who are consistently conservative and consistently liberal has increased dramatically since Pew began tracking this in 1994.

Even for some Christians, the topic of immigration is not black and white, especially with the multiplicity of sources that offer opinions these days. However, the more the thoughts and actions of Christians are founded in the character and perspective of God, the more Christians will be able to unify around such a divisive topic and stand alone on the standard of their shared values and faith in God. Before forming an opinion on such a complex topic, Christians should strive to build a foundation that is biblically based and theologically driven and then take multiple perspectives into account.

These competing worlds of information are rooted in the dissemination of different perspectives. For many, perspectives are easily drowned in the political mix-up and the good versus evil narrative that both sides seem to plague on the other. In immigration discussions, these different perspectives manifest themselves in statistics that represent the divide of views. In one Public Religion Research Institute (PRRI) study conducted in 2015, 34 percent of all Americans viewed immigrants as a threat to traditional American customs and values while 50 percent viewed immigrants as a strength to American society. More people who identified as Democrats and independents were surveyed than those who identified as Republicans so it is likely the percentages could have been even closer together.

The different worlds of information that exist may be most evident in cable news as well as news and pundit websites. Even when we do intentionally seek out a variety of opinions, we may not always have changed perspectives, but we will have more of an honest and respectful manner when it comes to dialoguing about different issues with those we disagree with. This is the result of colliding one world with the other. It is a collision that can potentially create a landscape of hope and respectful dialogue.

God continually commands Israel to welcome the sojourner while also reminding them that they were once aliens. “When a stranger sojourns with you in your land, you shall not do him wrong. You shall treat the stranger who sojourns with you as the native among you, and you shall love him as yourself, for you were strangers in the land of Egypt” (Leviticus 19:33-34). Many other passages and stories about how God used migration and how He ordered Israel to respond to sojourners exist in the Old Testament. The New Testament also affirms the continuing themes of the Old Testament. God is sovereign over the movement of people, the geographical location of people and the periods of time for people to be somewhere. He determines where they will be and when they will be there. God is working out His will through people all over the world and the mass migration of people from now to centuries past is not an accident. Migration is one of the underlying themes of the Bible. Prominent biblical characters like Abraham, Jacob (the wandering Aramean), Joseph, Ruth, David and many others all have epic migration stories.

A Christian analysis of how to respond to immigrants is heavily outlined throughout the Bible. Few Christians would disagree that this is the appropriate biblical response. However, finding a path that brings together an appropriate biblical response and responsible immigration policy seems to be the challenge ahead. Bringing together the biblical call to care for immigrants and working with each other to move toward responsible immigration is a challenge that can be accomplished with willing parties who desire to gain perspectives and understand each other.

The way we respond to each other is also important. James, the brother of Jesus, responds in his epistle to those who have difficulty in controlling their quick-tempered speech. “Let every person be quick to hear, slow to speak, slow to anger” (James 1:19). James emphasizes, not just the need for listening, but the need for listening first. When reconciling different worlds of information, this is a principle that strongly applies.

Reconciling and Filtering All the Information: A Biblical Approach

There is also a principle of examination described in Acts 17 when Paul and Silas were in Berea. Verse 11 says, “They received the word with all eagerness, examining the Scriptures daily to see if these things were so.” The Bereans exemplified an incredible integrity. They were being exposed to information they had read about in prophecies, but their first reaction was not to believe, but to discern for themselves whether the information they were receiving was reliable. Interestingly, the following verse says, “Many of them therefore believed .” Because of their nobleness in seeking what the truth was, the result was that they were able to develop a reasoning that led to belief in the message that Paul and Silas gave them. They were able to reconcile one set of information that they already knew and another set of information that Paul and Silas gave them.

This represents a principle we can still use to this day. Even though we are not trying to reconcile scriptural prophecies with the message of the death, burial and resurrection of Jesus, the principle outlined in Acts 17 by the Bereans gives us hope that God can lead us through the discernment process in our information-saturated world.

Another principle we can adhere to is using caution before subscribing to the easiest or most comfortable stance, especially when we have not examined multiple perspectives. The competing worlds of information should not lead us into a “filter bubble,” but rather incline us to respect the information at hand and discern the perspective that fits with our values.

For example, in the immigration debate, if we allow a conservative stance on family-based migration to be our initial subscription because we live in the information world of conservatism, then we struggle to give credence to the value of family structure and other intricacies involved in such a complex issue. On the contrary, if our world of information is opposed to a certain conservative stance, such as lower refugee admissions, we likely discount some genuine concerns people may have about security, which can actually be used as an opportunity to share valid information about vetting and what a refugee goes through to get here.

This article is not meant to castigate anyone for having any specific view. Instead, it should challenge readers to examine how responsible they are with their information gathering, and insist that we can trust in God to help us discern the different worlds of information while having Him as our foundation. Let us pray that the way we gather our information is responsible and the way we develop our thoughts on issues like immigration are rooted in God.

is a native of Columbus, MS and now lives in the Atlanta, GA area and works with World Relief, an organization that serves immigrants and refugees. He holds an M.A. in Global Studies and loves learning about history, cultures, and also hearing people’s stories.