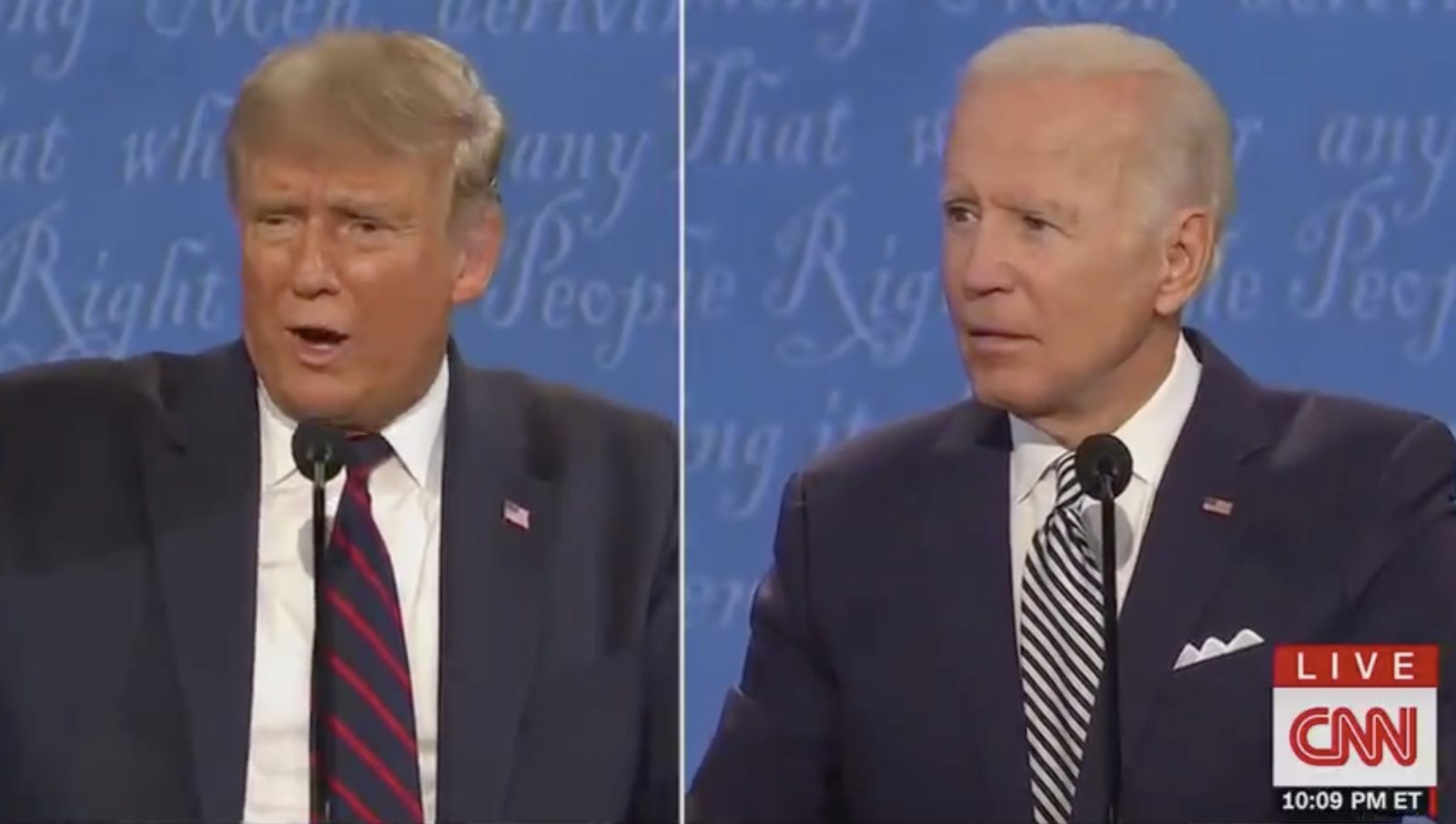 Brace Yourself for the Gently Stirring First Trailer for ‘Minari’

On Tuesday night, President Donald Trump squared off against Joe Biden for what pretty much everyone agreed was an exceedingly unpleasant evening. Trump’s belligerent attitude and refusal to let Biden get a word in edgewise grated his opponent, moderator Chris Wallace and even many of his supporters. George Stephanopoulos called it the worst debate he’d ever seen. “The American people lost tonight,” Jake Tapper agreed. “Because that was horrific.” Even Hillsong Church expressed exasperation, via a mistakenly posted (and quickly deleted) tweet.

Trump shrugged. “Sure, I’m willing to do that,” he said. And he could have done so then and there but instead, he went on: “But I would say almost everything I see is from the left wing, not from the right wing. I’m willing to do anything. I want to see peace.”

“Proud Boys, stand back, and stand by,” Trump said. (The Proud Boys got the message loud and clear.)

Watch: When asked if he would condemn white supremacy, the President of the United States looked into the camera, and said: “proud boys, stand back and standby…”
pic.twitter.com/R07bH8eINR

This is not a flub or even, as Southern Baptist Theological Seminary President Al Mohler characterized it, a “failed opportunity.” It is part of a long and well-documented pattern of Trump hemming and hawing over his white supremacists supporters. It’s not like Trump is bashful about denouncing others. But whether referring to “fine people on both sides” in Charlottesville or feigning ignorance around the KKK’s endorsement of his candidacy, Trump’s permissive attitude towards white supremacists has been a defining marker of his time in the political arena.

While many white evangelical leaders have continued to support Trump throughout all this, many Christians took to Twitter to condemn Trump’s words.

However you feel about the President, his policies, and his intentions, his staunch refusal to clearly denounce white supremacy is deeply disturbing.

His words last night made my family and many others less safe today.

White Christians (evangelicals and Catholics) cannot Bible their way out of this. You just can't. It's not simply a "difference of opinion."

Trump is pro-racism, pro-white supremacy… What does "pro-life" mean if his ultimate value is on White life?

Let's not overcomplicate this or obfuscate the issue: Clearly and explicitly condemning white supremacy and white racial terrorism is *the* least a president can do. The fact that 45 is currently POTUS and is running again is a dangerous embarrassment.#Debate2020

Everyone should be able to condemn racism and white supremacy without any "but."

Not surprised. President Trump could not condemn white supremacists outright, without deflection.

Y’all have absolutely no idea what it feels like to watch your president tell white supremacists to “stand back & stand by.” Y’all have no idea how terrifying that is, especially in this time. https://t.co/2o2vhKDFbi

Report: Trump Makes Fun of His Evangelical Supporters When They’re Not Around