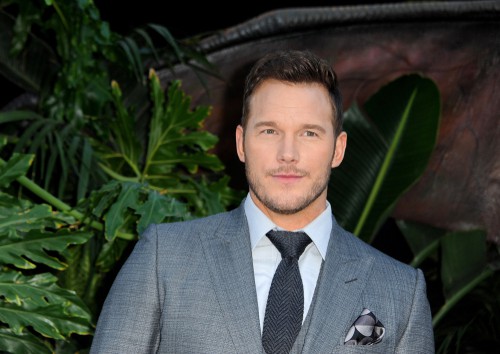 There’s been a complicated dust-up over the past few days featuring a few vocal celebrities, a hot church and an age-old biblical controversy.

It started on The Late Show, when Chris Pratt briefly spoke about the church he attends with his fiancee, Katherine Schwarzenegger. Pratt said his pastor inspired him to try out the Daniel Fast — a diet modeled after the eating restrictions of Daniel and his three friends Hanania, Mishael and Azaria — used to protest King Nebuchadnezzar in the Book of Daniel.

Following that appearance, actor Ellen Page tweeted: “But his church is infamously anti-LGBTQ so maybe address that too?” The tweet went viral and gained widespread attention. Page went a little deeper in a followup tweet.

If you are a famous actor and you belong to an organization that hates a certain group of people, don’t be surprised if someone simply wonders why it’s not addressed. Being anti LGBTQ is wrong, there aren’t two sides. The damage it causes is severe. Full stop. Sending love to all

Pratt reportedly attends Zoe Church, pastored by Chad Veach. Zoe was profiled by the New York Times in March of 2018, and Veach comes across extremely cautious about social issues throughout the piece. He declines to discuss his feelings about President Donald Trump or abortion. Veach has said that Zoe is modeled after Hillsong Church, which has publicly stated its belief that homosexuality is a sin and openly gay members are not allowed to hold leadership roles.

If Zoe holds the same beliefs about homosexuality, Veach has not publicly said so. “Our church is a place where our doors are open to people of all backgrounds—regardless of where they are at in their journeys,” Zoe’s website says. “And we hope all feel welcomed, comfortable and loved.”

That’s pretty standard rhetoric for churches like Zoe, and while it certainly means anyone and everyone is welcome to join and worship on Sunday morning, it shouldn’t necessarily be taken as a theological affirmation of things like same-sex relationships.

But Pratt took to Instagram to defend Zoe. “It has recently been suggested that I belong to a church which ‘hates a certain group of people’ and is ‘infamously anti-LGBTQ,'” Pratt wrote. “Nothing could be further from the truth. I go to a church that opens their doors to absolutely everyone.”

Pratt wrote the church welcomed him after his 2017 divorce from Anna Faris, despite biblical teachings against separating a marriage. He said that Zoe supported him anyway and that “is what I have seen them do for others on countless occasions regardless of sexual orientation, race or gender.”

Pratt also slightly distanced himself from Zoe, saying “my faith is important to me but no church defines me or my life, and I am not a spokesman for any church or any group of people …I am a man who believes that everyone is entitled to love who they want free from the judgment of their fellow man.”

Review: God’s a Deadbeat On ‘Miracle Workers,’ But It’s Not a Takedown of Faith