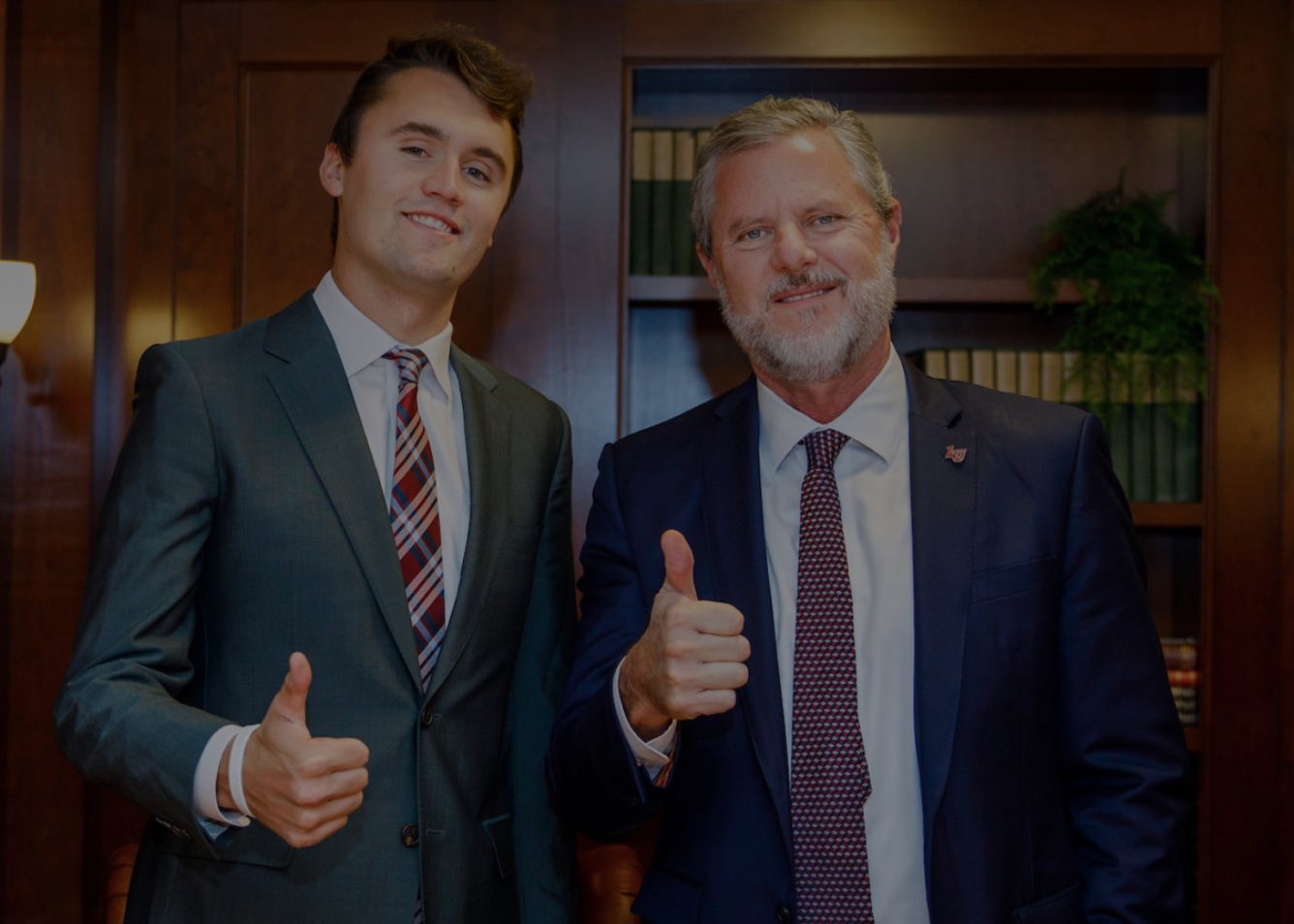 In 2019, former Liberty University president Jerry Falwell Jr. and pugnacious Republican activist Charlie Kirk established the Falkirk Center as a sort of lair of evangelical Trumpism. It was branded as a think tank, but it’s not totally clear what sort of thinking was being done there outside of a robust meme generation department and some spuriously sourced quotes.

But now, according to the New York Times, Kirk is leaving the Falkirk Center for a new venture: Turning Point Faith, which will “recruit pastors and other church leaders to be active in local and national political issues.”

This leaves Falkirk without either of its founding members, the men whose names portmanteau’d into its title. Falwell departed Liberty last year amid a flurry of alleged sex scandals. Liberty’s decision to not renew Kirk’s contract points to a larger conflict within white evangelicalism about how to engage culture without a President Donald Trump to rally around. White evangelical voters largely hitched their wagon to Trump in both elections, and his absence leaves a vacuum sure to make for lots of power jockeying over the next few years.

The Falkirk Center cannonballed into the evangelical political discourse in 2019, a potent union between Liberty’s institutional heft and Kirk’s contentious energy. But Falwell and Kirk were adamant supporters of Trump who frequented cable news programs to defend the former President and trigger the libs criticizing him, blurring the lines between evangelical fidelity and Trump loyalty in primo displays of Christian Nationalism. But the fall of Falwell interrupted the think tank’s rise and now the departure of its other namesake leaves its future murky. It will be renamed the Standing for Freedom Center.