Our culture has slowly been getting a little better at talking about unrealistic body and beauty expectations, but most of that conversation has tended to center on women. That makes sense, given the enormous amount of pressure girls face to look a certain way. That conversation is ongoing, and still has a long ways to go, but a related issue is creeping up that we are collectively even less prepared to talk about: the rise of body dysmorphia among boys and men.

In 2019, a study found that some 22 percent of men could be diagnosed as having “muscularity-oriented disordered eating.” Another study in the UK found that one in ten men have “muscle dysmorphia,” sometimes called “bigorexia” or “reverse anorexia.” While body dysmorphia conversations among women tends to focus on not eating enough, muscle dysmorphia involves things like an inordinate amount of time at the gym, an unsustainable “bulking” diet and the sort of performance enhancing drugs (PEDs) professional athletes secretly(-ish) use.

Getting exact numbers on this “rise” is difficult, since it’s a relatively new field of study and many men who suffer from it probably don’t have the language to talk about it, let alone ask for help, but psychiatrists say they’ve seen an increase. “Doing this work for 21 years, I saw a real shift in my practice when the internet and social media took off,” Harvard Medical School psychologist Roberto Olivardia told Vox. “Now young boys are getting information about the substances and have access to imagery — and it’s not only just celebrities now. It’s their peers, and they’re Photoshopping pictures of themselves. It’s definitely increasing.”

It’s hard to pinpoint a single reason for this. In the 1970s, the “male body” ideal was skinnier, following the languid lead of rock stars like David Bowie and Mick Jagger. In the 90s, balloon-biceped heroes like Arnold Schwarzenegger and Sylvester Stallone were in vogue, and then shirtless Brad Pitt in Fight Club popularized a leaner look. But there is a huge difference between seeing a handful of preposterous action movies a year and the social media diet most of us have today.

Over the last ten years, superhero movies have brought the muscular, hyper-defined male body back into vogue, often with an accompanying behind-the-scenes story about the lead actor’s body transformation to get ready for the role. Seeing former everymen like Chris Pratt and Kumail Nanjiani emerge from the MCU conveyer belt looking like sex symbols carries with it a hidden promise: this could be you.

This, psychologists say, is an important distinction between the kinds of body dysmorphia conversations we have with men and women. With women, the focus tends to be on external, artificial elements like Photoshop and Instagram filters. With men, the unspoken message of the ideal male body type is that you just have to work out a little harder.

That, of course, isn’t necessarily true. It’s simple to Google a celebrity’s workout routine and copy it move for move, but the results are likely to be disappointing if you’re hoping for Asgardian abs. Many male celebrities who have these kinds of bodies, in addition to having a studio-funded trainer and personal chef, are also using PEDs. In 2013, one celebrity trainer estimated that about 20 percent of his clients used PEDs, though he has since said he believes that number has shot up in recent years. The market is exploding and, since Hollywood won’t penalize you for using them the way the NFL might, goes largely unchecked. Using these drugs without a prescription isn’t legal, but it is effective and they’re relatively easy to come by.

There’s a lot we don’t know about the longterm effects of PEDs, but experts worry their use is on the rise — especially among teenagers and young men. And the pressures to fit the ideal starts young, with Instagram and TikTok reinforcing the idea in young minds that big muscles are better.

It’s easy to blame movies for this, but experts say pressure from family and friends is also a huge part of men’s anxiety about their bodies. They also point to the idea of a “crisis of masculinity” playing a role. Men hear respected leaders talk about about “masculinity being under attack” in America, and they react to it by trying to become bigger and stronger. A lot of these messages may even come from well-meaning Christian leaders.

Unreal body and beauty standards for men and women won’t be going anywhere anytime soon, so it’s important that we learn how to talk about these things in a way that is healthy and helpful. It’s true that many women have worked hard to make modest gains towards resisting cultural pressure to fit the celebrity influencer mold. But men are newer to this struggle, and lack the resources to mount that same resistance. As ever, the first step is admitting there’s a problem. 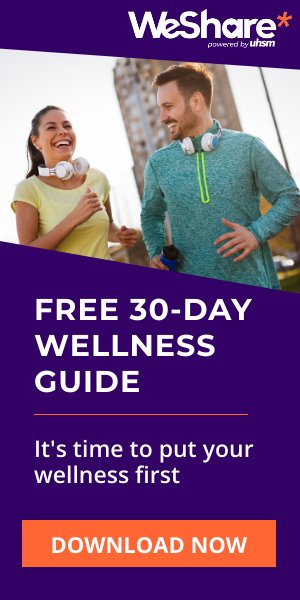 How Your Enneagram Can Help You Live a Balanced Life