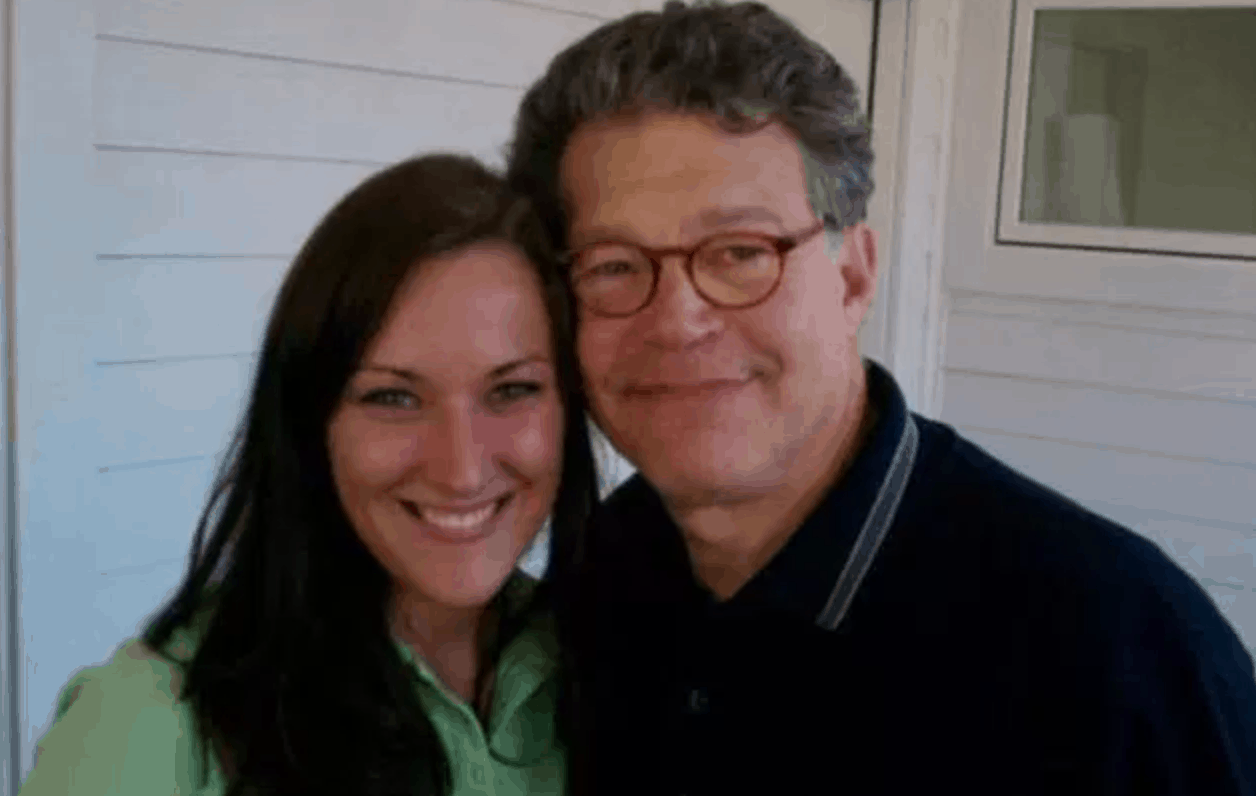 A 33-year-old woman named Lindsay Menz has come forward, telling CNN that Sen. Al Franken groped her while taking a photo in 2010. At the time, Franken had already been elected to the U.S. Senate.

Another woman, Leeann Tweeden, recently shared a photo that showed Franken groping her as she slept while the two were coming home from a USO tour in 2006. She also said that the former SNL star forcibly kissed her while the two were rehearsing for a scene in a sketch to be preformed for military troops. Franken has since apologized.

Menz told CNN that while taking a photo with Franken at the Minnesota State Fair, he “pulled me in really close, like awkward close, and as my husband took the picture, he put his hand full-fledged on my rear … It wasn’t around my waist. It wasn’t around my hip or side.”

Her husband added, “He reached around her and kind of pulled her into him. He pulled her in and pushed his head against her head. It was over pretty quick.”

In a statement, Franken said, “I take thousands of photos at the state fair surrounded by hundreds of people, and I certainly don’t remember taking this picture. I feel badly that Ms. Menz came away from our interaction feeling disrespected.”

Franken has invited the Senate Ethics Committee to investigate his behavior and the accusations.