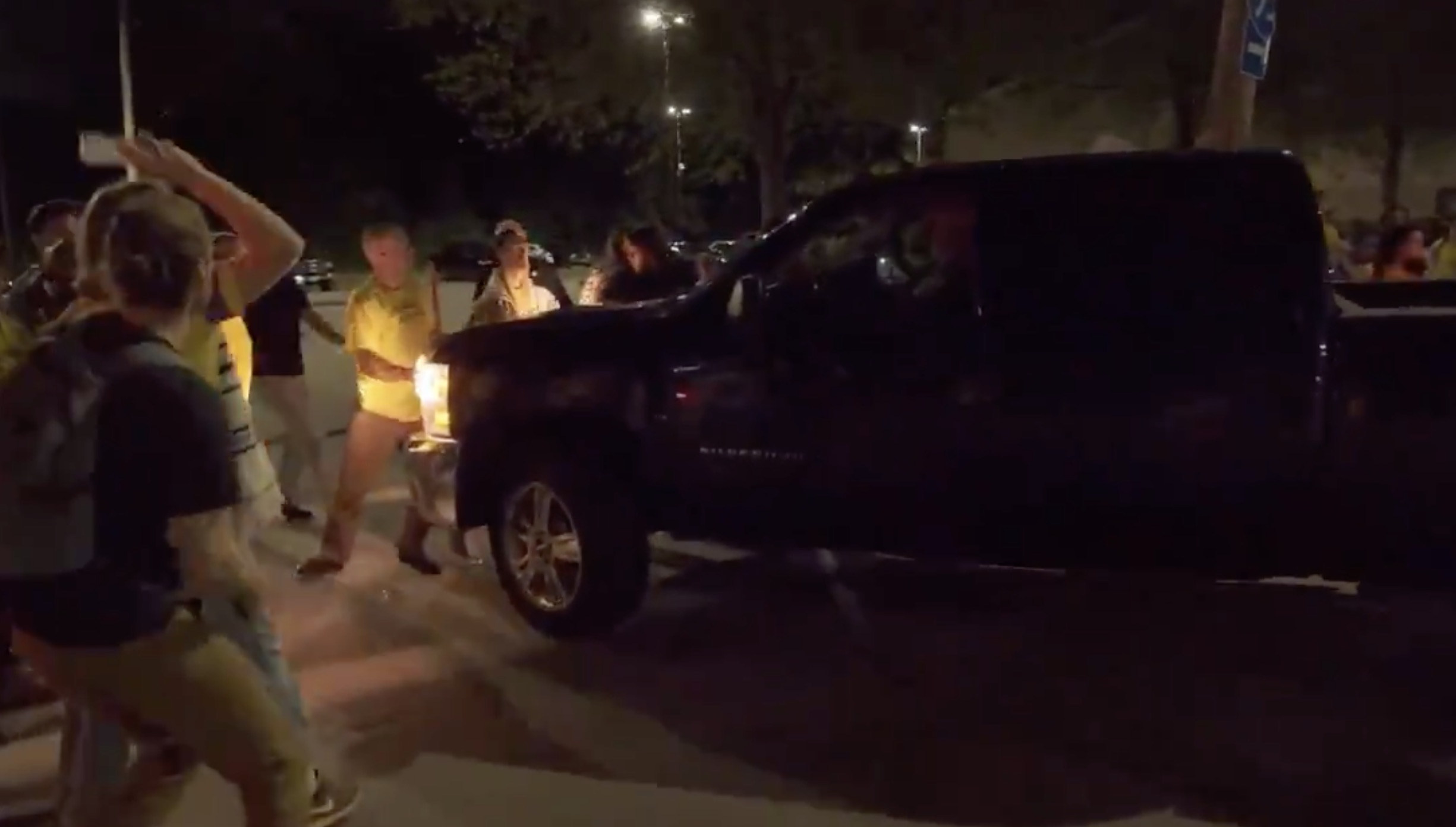 On Wednesday night, a crowd of young Jewish activists in Rhode Island organized a protest of a local for-profit prison that works with Immigration and Customs Enforcement. They were sitting in front of the parking lot when a black pickup truck swerved towards them and then, amidst their cries, barrels through the crowd. Witnesses say the driver was a guard. The incident was captured by local bystanders. (Warning: the video is disturbing and there is some very understandable profanity in the video). [h/t Washington Post]

BREAKING: Here is HD video of an ICE guard driving his truck into us as we sat peacefully blocking the Wyatt Detention Center.

We’re putting our bodies on the line because we see the camps and the roundups. We’ve learned from our ancestors: NEVER AGAIN FOR ANYONE. pic.twitter.com/KnOu5xoOEb

No major injuries were reported. After the truck parked, protestors say prison guards pepper-sprayed the crowds until they dispersed. Local police were present but did not get involved, according to witnesses. Wyatt Detention Facility did not respond to The Washington Post‘s request for comment.

The activists were members of Never Again Action, a loose-knit collective of Jewish activists protesting the recent uptick in deportation and restrictive immigration policy. The protest in Rhode Island was just one of many protests by Jewish groups all over the country who drew parallels between the current arrests and detention of immigrants to past atrocities committed against Jewish people.

“If this is the way this correctional officer is behaving in public when people are recording, it’s not hard to imagine the behavior is much worse behind the walls in the facility where no one can see what is happening,” said Never Again Action spokesperson Amy Anthony, according to The Post.