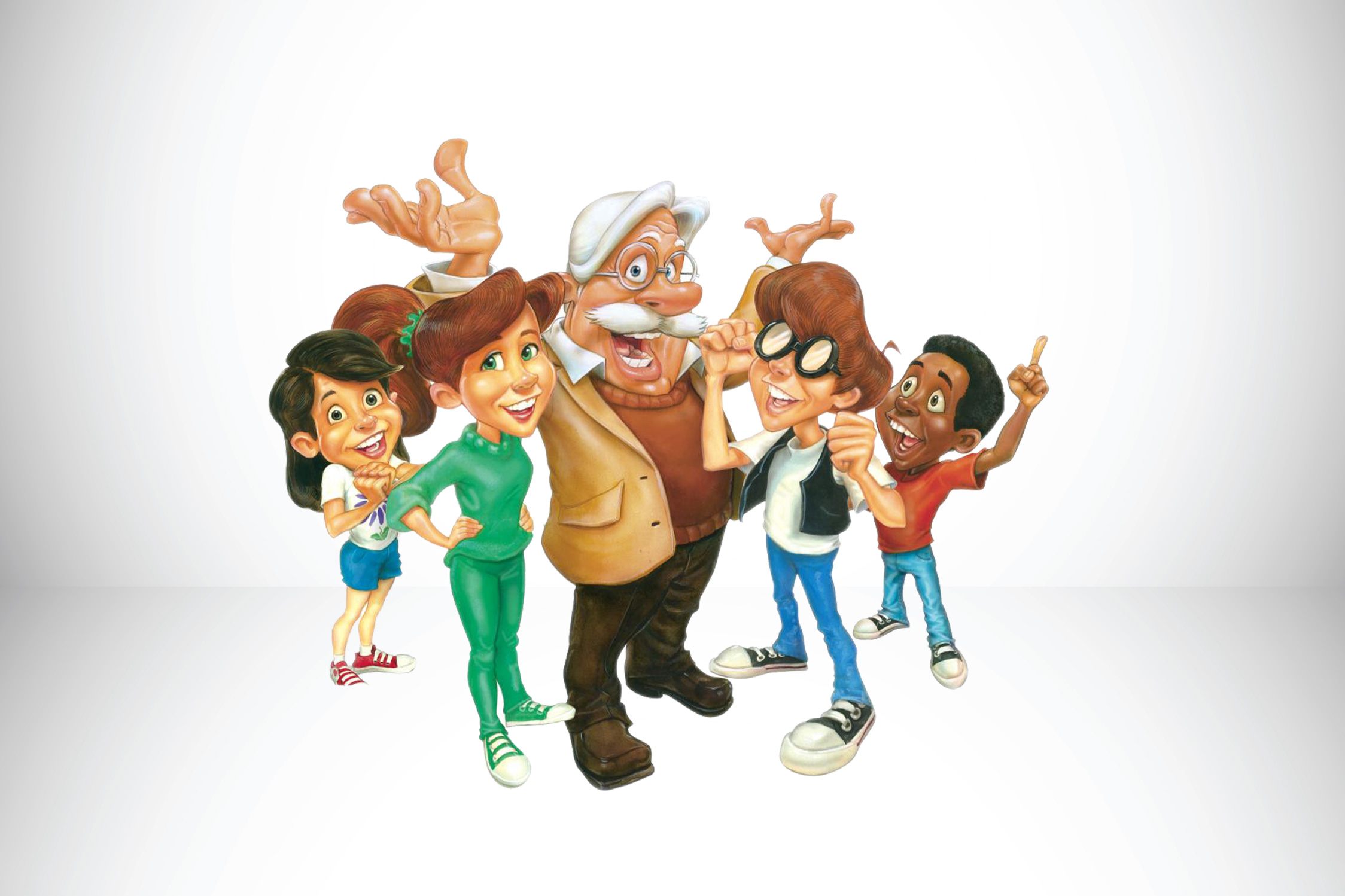 All over the country, cities and states are taking timid, tepid steps towards coming out of lockdown. And then, other states are basically just cannonballing out of lockdown, consequences be hanged. And still others never really went into lockdown in the first place. That’s all to say, there’s a lot happening and it can be a little touch to know what exactly has been mandated by local governments and what hasn’t. We know Texas has lifted its state mask mandate. We know California has not. And that got us at RELEVANT wondering …did Odyssey have a mask mandate?

Yes, Odyssey. Fans know about Focus on the Family’s radio drama, set in a small American town where children are forever learning important moral lessons and also occasionally using a time machine in the back of a local ice cream shop. That would be courtesy of Mr. Whittaker, a local inventor and, well, you know about Mr. Whittaker. He’s sort of a Mr. Rogers meets Elon Musk meets Indiana Jones type, with a penchant for Bible stories and giving Odyssey kids a place to hang out. Imagination Station aside, Odyssey is a fairly normal American town. That’s not in question. Here’s what is in question: Would Odyssey have had a COVID-19 mandatory mask mandate?

I had to know.

First up, a 2020 study found that young white evangelicals are the least likely group to mask up during the pandemic, and white evangelicals as a whole are most vaccine skeptical group in the U.S. While a few local nerds like Eugene Meltsner and Whit himself would probably be extremely into the science behind COVID-19 and, we can assume, mask-wearing, context clues do suggest that whatever the town’s government mandate, the general public might not be overly COVID-cautious.

Or maybe not! I reached out to Paul Baturra, Vice President of Focus on the Family. Here’s what he told me.

The citizens of Odyssey have long believed that good Christians are good neighbors, and so following the guidance and leadership of their state’s governor has always been a top priority. However, since we’re still trying to find out what state the beloved town of Odyssey is actually in, tracking down the governor’s office, especially during this challenging time of a pandemic, has proven particularly vexing!

Hmm. It is undoubtedly true that we all need an extra measure of grace during these unprecedented times that does occasionally complicate normal workflows and grind our usual levels of productivity down to a crawl. However, the first Adventures in Odyssey episode aired in 1987 so if the Focus on the Family comms department hasn’t been able to find it on the map yet, I’m not sure it’s fair to blame COVID.

Still, we do have a clue here. The good people of Odyssey, whatever their personal preferences, would follow the “guidance and leadership of their state’s governor.”

So if we can determine where Odyssey is, we can figure out if there’s a mask mandate. How hard could that be?

I reached out to D.L. and Krispin Mayfield, authors and co-hosts of the Prophetic Imagination Station Podcast. Together, they dig into artifacts from evangelical culture. If anyone knew where Odyssey is on the map, it’d be them.

we know that it's not too far from Chicago, so…?

Hmmm. Colorado makes a certain kind of sense, since it’s where Focus on the Family is based and where U.S. listeners send their fan mail. But there are a few problems putting Odyssey in Colorado. The biggest one, as Krispin notes, is that we know Odyssey is “not too far from Chicago.”

Odyssey locals travel back and forth from Chicago a lot. The AiO wiki notes that you’re looking at about a day’s drive or an eight-and-a-half hour bus ride from Odyssey to Chicago. A bus from Chicago to Denver takes 20 hours at minimum, but Greyhound can get you from Chicago to Cleveland in about nine hours. Ohio is looking good.

We need further confirmation. The 2007 episode “Prequels of Love” notes that Odyssey has a sales tax while the 1995 episode “The Underground Railroad” positions it as directly north of Tennessee. Ohio fits both of these descriptions. I was all but ready to clinch Ohio as Odyssey’s location but then, another section of the AiO wiki posed a hiccup.

In a 1991 episode called “The Vow,” George and Donna Barclay fly from Odyssey to Washington D.C., with layovers in Philadelphia and Chicago along the way. Cripes.

This would mean the Barclays flew the wrong direction and added an extraordinary amount of time and stress to their trip if indeed they left from somewhere in Ohio. Are the Barclays just extremely bad planners? Or is Odyssey is somehow located west of Chicago in …where? Nebraska??

But a little research showed this isn’t nearly as big of a problem as it seemed. We know from the 1993 episode “Our Daily Bread” that George Barclay received a modest income at an expendable job, despite being employed during the relative economic boom of the early 1990s. It stands to reason that the Barclays would cut costs on travel and adding these layovers to his flight could have knocked the ticket price for two adults by hundreds of dollars in 1991. Ohio is back on the map.

And then, the clincher. “The Perfect Witness” parts one and two notes two highways near Odyssey: Route 39 and Route 22. “Just Say Yes” mentions Route 40 and “Sounds Like a Mystery” references Route 24.

At this point, it’s worth noting that when reached over Twitter, D.L. Mayfield opined that “If the President is a conservative and says COVID-19 is a hoax and masks do nothing, then Odyssey goes the route of Tennessee and personal liberty so no mask mandate.”

But here again, a wrinkle in the narrative. DeWine actually bucked the trend, issuing a mask mandate and imposing strict COVID-19 guidelines earlier than even many of his Democratic colleagues, and sticking with them despite their growing unpopularity.

Since we can say with a degree of relative journalistic certainty that Odyssey is in Ohio, we can likewise safely say that Odyssey had a mask mandate and that the locals would have followed it. What a relatively satisfying conclusion.

Many questions remain but you’ll have to ask Odyssey itself. Write them at Odyssey, Colorado Springs, Colorado, 80995. Or in Canada write to Box 9800, Vancouver BC, V6B4G3. Didn’t even have to look it up.