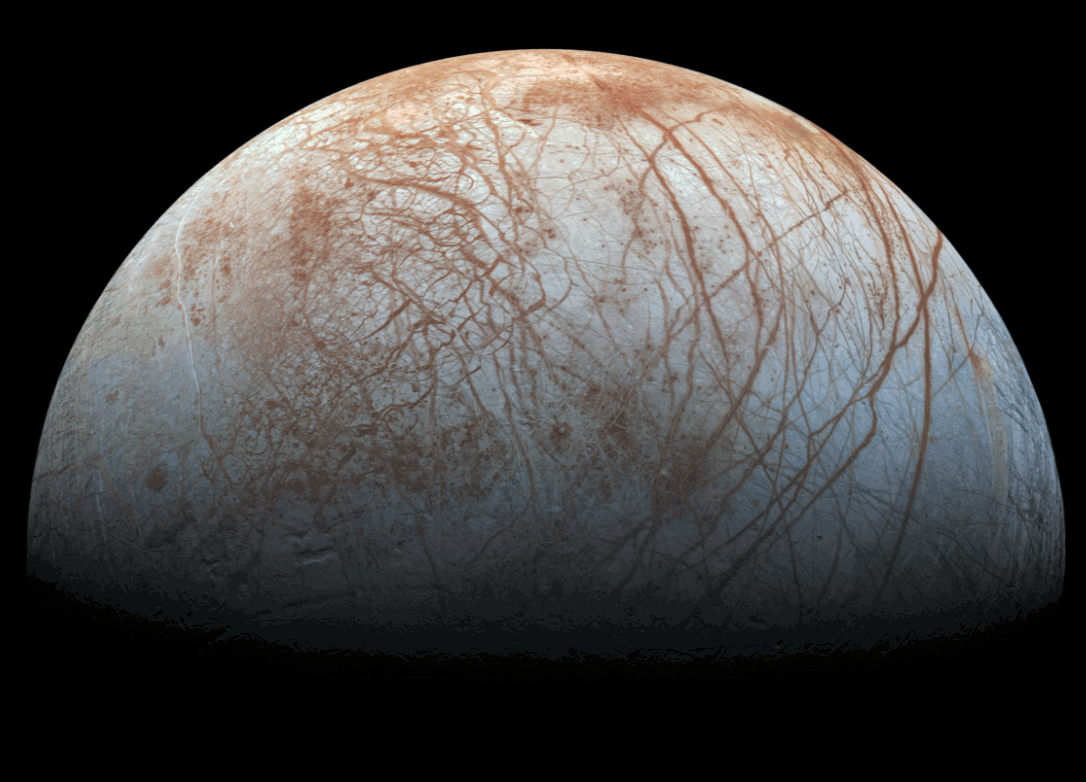 Could there be extraterrestrial life in our own solar system? NASA has released the findings of a new study, theorizing that Jupiter’s moon Europa has a chemical balance similar to earth, so much so, that the conditions there may actually be enough to support life.

The new findings focus on the theory that there is a salt-water ocean beneath Europa’s ice-covered surface. The team looked at the known chemical traits of Europa, and determined that it’s possible that parts of its ocean floor may have opened up, releasing hydrogen. The team also found that radiation from the nearby planet itself may actually be able to release oxygen from ice molecules, giving Europa two essential ingredients for supporting life.

A scientist with NASA’s Jet Propulsion Lab explained to The Independent, “The cycling of oxygen and hydrogen in Europa’s ocean will be a major driver for its ocean chemistry and any life there, just as it is on Earth.”

We might not have to wait too long to find out. The space agency is planning on sending a probe to Europa within the next 10 years.

7 Things Every REAL Christian Has in Their Twitter Bio