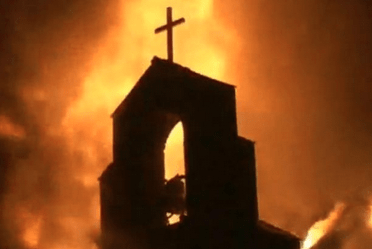 Several Muslim groups—including the Muslim Anti-Racism Collaborative and the Arab American Association of New York—are supporting a LaunchGood crowdfunding campaign to raise money for the predominantly black Christian churches that have recently burned. At least three of the church burnings—which all took place after a racist gunman killed nine people at a Bible study at Charleston’s Emanuel AME Church—are believed to be arson. Others are being investigated. So far, the LaunchGood campaign has brought in nearly $30,000 to assist the congregations. On the page, Imam Zaid Shakir wrote:

The American Muslim community cannot claim to have experienced anything close to the systematic and institutionalized racism and racist violence that has been visited upon African Americans. We do, however, understand the climate of racially inspired hate and bigotry that is being reignited in this country. We want to let our African American brothers and sisters know that we stand in solidarity with them during this dark hour. As a small symbol of that solidarity, during this blessed month of Ramadan, we are gathering donations to help rebuild the seven churches that have been burned down since the racist murders in Charleston, South Carolina.