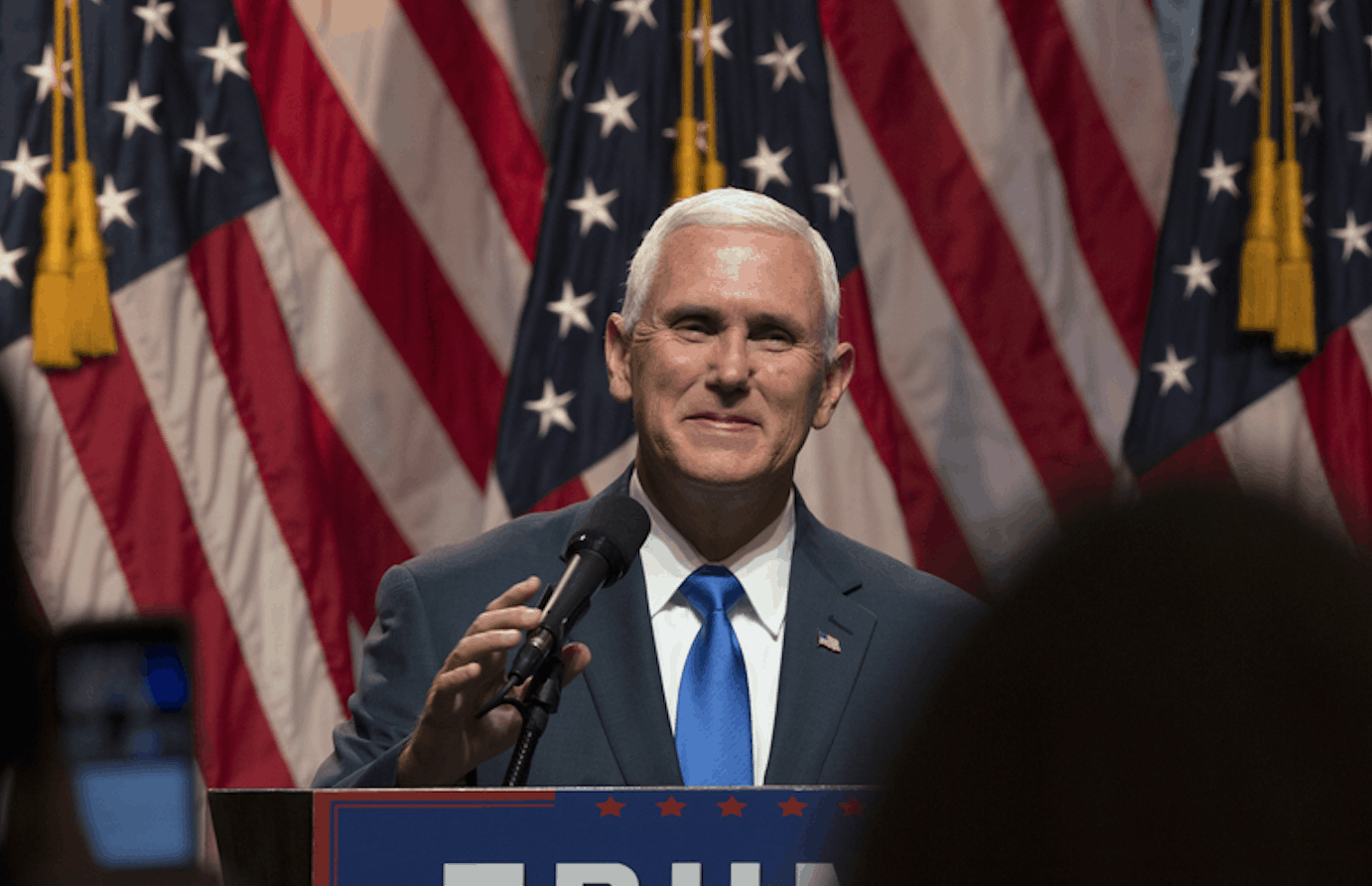 GOP Vice Presidential candidate and Indiana Gov. Mike Pence was recently a guest on The Charlie Sykes Show radio program, and was asked for some details about Trump’s controversial plan to ban anyone from certain countries that have been home to terrorism from coming to U.S. Trump has previously called for banning Muslims from entering the United States, and, recently called for suspending immigration from “any nation that has been compromised by terrorism.”

Pence, who previously called for suspending Indiana’s participation in the nation’s Syrian refugee program which allows specially-selected victims of ISIS and Syria’s on-going civil war, to find new homes in the United States, was asked for details about Trump’s ban. Specifically, he was asked if the ban would extend to Christians and Jews from those countries, many of whom are specifically targeted by ISIS.

Here’s the exchange (which you can listen to here)

Gov. Mike Pence: We should temporarily suspend immigration from countries that have been compromised by terrorism, which I think is altogether fitting and appropriate. When you look at the Syrian refugee program—we had another incident in Belgium over the weekend—the simple fact is that both our homeland security and FBI have said there are countries like Syria where people are coming in through routine means, the refugees program and otherwise, and we can simply not know who they are for sure. So suspending that program from those countries, I think, is in the best interest of the security of our people.”

Charlie Sykes: So there’s no longer a proposed temporary ban on Muslims? It would be anyone from those countries, including Christians, Jews?

Gov. Pence: I think what you heard in the convention speech, what we talked about out on the stump is that we would temporarily suspend from countries or from territories if you will—the caliphate obviously of ISIS expands beyond one country—but to say that individuals that come from regions or countries that have been compromised by terrorism, that we would expand that immigration. I think that’s appropriate until we develop a new vetting system.”

ISIS has killed thousands and displaced millions in parts of the Middle East. Most of their victims are fellow Muslims, but they also regularly target religious minorities.

Report: Debate Sites Are Preparing for a Third Presidential Candidate

10 Reasons You Should Be Cheering for Team Refugee