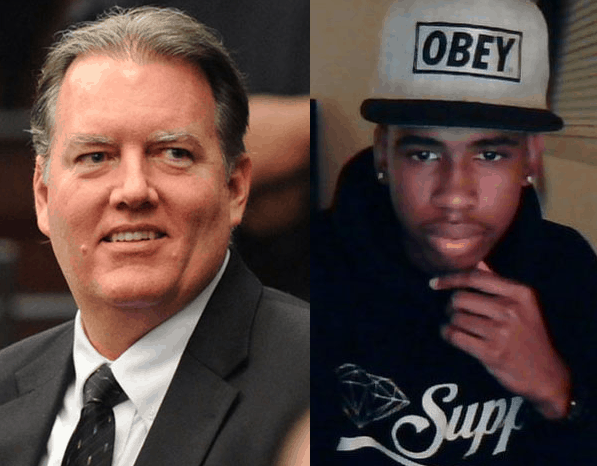 Martin Luther Was a Craft Brewer

New audio tapes have been released of Mike Dunn, the man who shot and killed an unarmed 17-year-old named Jordan Davis following a dispute sparked by Davis’ “thug music,” telling his fiancee that he sees himself as the situation’s victor and victim. From Buzzfeed:

“I’m the f***ing victim here, I was the one who was victimized,” Michael Dunn can be heard on the tape telling his fiancee, Rhonda Rouer, from jail on December 2012, a month after the shooting. “I mean I don’t know how else to cut it, like they attacked me, I’m the victim. I’m the victor, but I was the victim too.”

Dunn has been in the national spotlight after a Florida jury found him guilty on three counts of attempted murder, but deadlocked on convicting him of Davis’ actual murder. The story goes that Dunn and his fiancee were parked at a convenience store when Davis and his friends pulled up in a car. Dunn was upset by their music and told them to turn it down. An altercation ensued, and Dunn fired ten shots at their vehicle, killing Davis. Dunn has since said that he feared for his life and that Davis and his friends brandished a shotgun, but no weapons were found in Davis’ car and neither Dunn’s fiancee nor any witnesses recall seeing a gun.

The judge has declared a mistrial, and prosecutors will again attempt to bring first-degree murder charges against Dunn …

Sum of All Fears: America Is Facing a Critical Clown Shortage

This Is Kiev Right Now