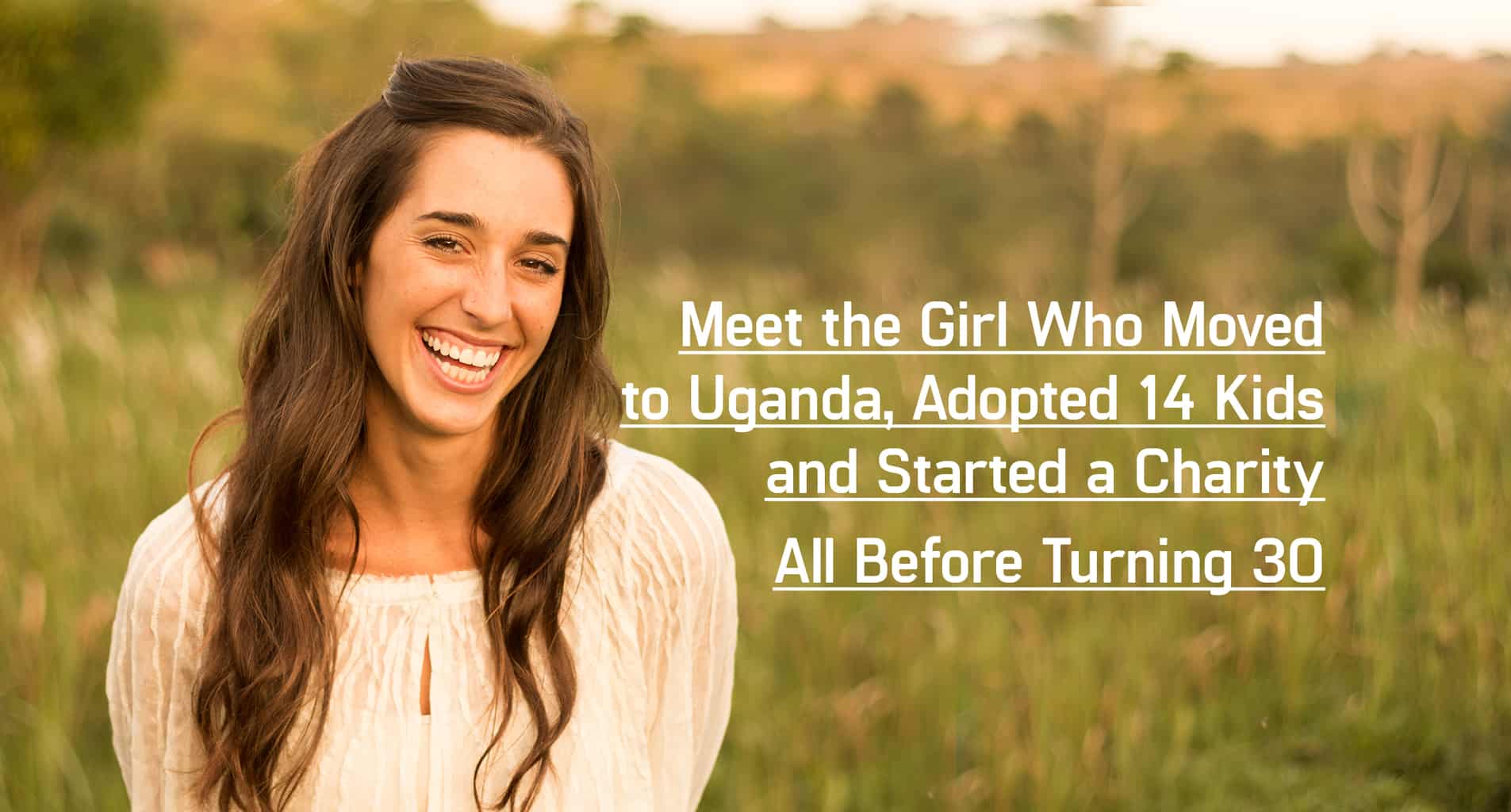 Katie Davis Majors does not care for attention. That’s the sort of thing everyone is supposed to say, but with her, it really feels that way. She’s not shy, but she’s not interested in talking about herself and certainly not about the unusual circumstances she’s found herself in.

“I really dislike this idea that people will say, ‘Oh, you’re so amazing’ or ‘I could never do that’ or ‘I wish I could do that kind of thing,’ because we’re all just doing our thing that God gave us to do with the people He gave us to do it with,” she says. “And on [a day-to-day basis], it doesn’t look that amazing, really.”

For those not in the know, the “it” in question here is taking place in Uganda, where Davis showed up 10 years ago for what was supposed to be a yearlong mission trip. That mission trip led to an extended stay which, in turn, led to Davis calling Uganda home.

Today, she’s the adopted mother of 14 children and the founder of Amazima Ministries, which cares for vulnerable children and families in Uganda. She’s the author of The New York Times best-seller Kisses From Katie and has a second book, Daring to Hope, coming out this year.

Sure, all of that sounds amazing. Truth be told, it’s the sort of thing many people on short-term mission trips dream of—turning the week or month overseas into a daily reality, giving it all up, living their lives on the bleeding edge of service and sacrifice. But very few actually make those fanciful visions into a reality. Davis did, and the one thing she wants to make absolutely sure everyone knows is that it’s not as hard as it looks.

“Really, our day-to-day is that we get up, and we scramble a little for breakfast and to get people out the door to school, and to start home school,” she says. “Then we do math, and we read a book, and I put the baby down for a nap, and we make some lunch. It’s quite a normal day. I think, especially for a mom, I do the same stuff that all moms all over the world do. I fold laundry, and peel potatoes and things. Yeah, I think people would be surprised, even just to sit around our dinner table and hear the different conversations.

“I think people would be surprised that it really is so much like every other dinner table.”

According to Katie, the hardest parts of what she does have had more to do with her own perspective and attitude, and less to do with the big, eye-grabbing moves and sacrifices she’s made.

“Honestly, I don’t think I’m a patient person by nature,” she says. “I like efficiency, especially in a large family. Ugandan culture is very hospitable, and very relational, so it’s very common and expected that you would just stop whatever you’re doing to speak with whoever came in your door … and I think that’s super, countercultural to me, as an American. So I pray for patience a lot.”

Katie has been in Uganda for a decade now, but while that seems like a long time, there are still culture shocks every now and then. She still feels her Westernized American attitude springing up in life, which is why she says the most valuable advice she could give to anyone is to commit to being a learner.

“I think so often we feel like we need to put ourselves in the position of teacher or leader,” she says. “I wish I had asked so many more questions. I just think there’s so, so much we can learn from the people we think we are coming to serve. Learn the language, learn the culture. Always assume that you do not know, and always ask the local people or the people you’re serving to tell you.”

And that’s not the only lesson Davis has taken away from her time in Uganda, but the other one is less tangible and, perhaps, less comforting to those with big dreams of starting an organization or sending over a lot of money. According to her, “I’ve grown a fairly large ministry that brings in a lot of money, and money is necessary, but the only time I’ve ever seen real, true life change has come out of a one-on-one relationship,” she says. “I think you can build all the buildings, and grow all the programs, and raise all the money, [but] if it isn’t about relationship, and it isn’t about discipleship [or] one-on-one time … I don’t think there will be change.”

And in the end, maybe that’s why she doesn’t care for attention—because she knows that while all the acclaim tends to focus on the headlines,  the real change is happening on a much smaller level.

“I think I can say pretty confidently that anytime I’ve seen big, big life change, it hasn’t been because of a program,” she says. “It has always been because of investment from a person.”