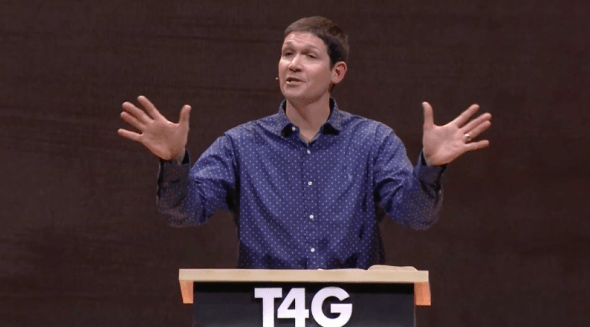 The family of a girl who says she was sexually abused by a former staff member of The Village Church is now suing for more than $1 million. The Texas megachurch is led by lead pastor Matt Chandler.

The family says that in 2012 former associate children’s minister, Matthew Tonne, sexually abused their then 11-year-old daughter while she was attending a church-run camp. After years of suffering from eating disorders, nightmares, depression and even suicidal thoughts, the lawsuit says she finally told her family about the abuse in February of 2018. The family says that they immediately contacted the church and police.

In June of last year, the church fired Tonne telling the congregation that he had abused alcohol. However, the alleged victim’s family said that they told the church about the abuse allegations months before he was fired. The church and family have been working with police. Here is the church’s version of the timeline of events.

In January of 2019, Tonne was indicted on charges of “indecency with a child involving sexual contact.” He’s denied the allegations.

The lawsuit from the family (in it the victim is referred to as “Jane Doe One” to protect her identity) says the church failed to “implement reasonable policies and procedures to detect and prevent the sexual abuse of Jane Doe One by Tonne.” The lawsuit also says the church failed “to adhere to the policies and procedures it had in place at the time.”

At a meeting of Southern Baptist Convention leadership earlier this summer Chandler addressed the abuse allegations.

“I make mistakes. I am painfully aware of my limitations, of the weaknesses of the Village Church, of our failures. They are numerous. I don’t think I’m naïve to that,” he said. “But when it comes to reporting as soon as we had heard, taking our cues from the detective and family, I’m not sure what we could have done different.”

He says that they waited to publicly identify Tonne until he was formally charged, and told the church in January “no persons of interest in this investigation” had “access to children at The Village Church. We would not let anyone who is under investigation for a crime like this be near any of our children at TVC.”

The victim’s family also says in the lawsuit that “To this day, (church elder Josh) Patterson and Chandler have never personally reached out to Jane Doe One or her family.”