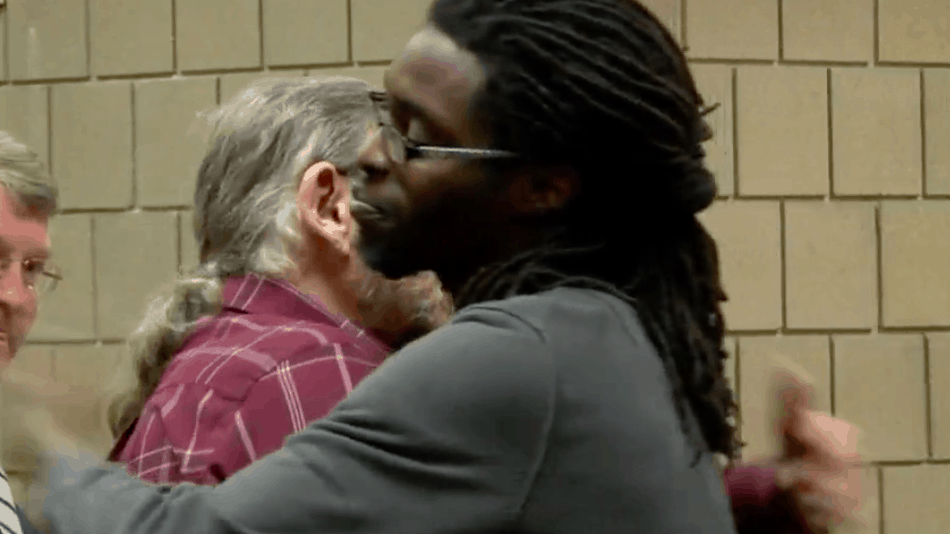 NBC Is Making a Sitcom Called ‘#Blessed’ About Mommy Bloggers

Violence and protest was a fairly common occurrence at Donald Trump’s campaign rallies, at one in particular, many may remember video footage of a black man at the rally, later identified as Rakeem Jones, being sucker-punched by a man—John McGraw—as security escorted out of the event in North Carolina.

After the altercation, McGraw was captured on video saying: “He deserved it … The next time we see him, we might have to kill him. We don’t know who he is. He might be with a terrorist organization.”

Now, months later, McGraw apologized to the victim and pleaded no contest to misdemeanor assault and battery and disorderly conduct charges.

McGraw was ordered to pay $430 in fines and court costs and was given a 30-day suspended sentence and a year of unsupervised probation.

As these photos from WNCN show, Jones and McGraw even hugged after McGraw’s sentencing and told Jones, “We’re caught up in a political mess today and you and me, we gotta heal our country.”