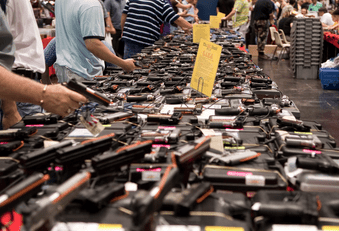 Despite threats that the city will be sued by gun advocate groups like the NRA, lawmakers in LA are placing a restriction on high-capacity firearms. City officials have voted to ban possession of ammunition magazines that hold more than 10 bullets. As the legal director for the Law Center to Prevent Gun Violence pointed out to The Los Angeles Times, these types of high-capacity magazines were used in a string of mass shootings at schools including Newton, Columbine and Virginia Tech. Following the unanimous vote of approval, Councilman Paul Krekorian told supporters, “If the NRA wants to sue us over this, bring it on.” Once the measure is signed into law, gun owners will have 60 days to surrender or legally sell their high-capacity magazines.

How to Fight Fairly with Your Spouse