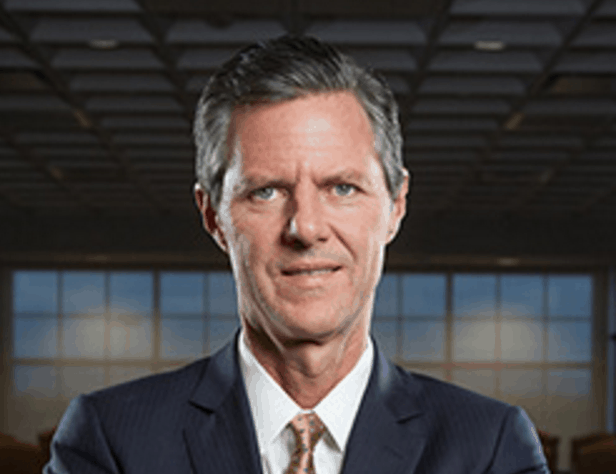 The president of one of America’s largest Christian schools, Liberty University, told students on Friday night that he wanted them to carry guns on campus. During a mandatory convocation service, Jerry Falwell Jr.—the son of Liberty founder Jerry Falwell—referenced recent terrorist attacks in San Bernardino and Paris, and told the thousands of college students, “I always thought that if more good people had concealed-carry permits, then we could end those Muslims before they walk in and kill.” He encouraged them to take a concealed-carry course offered by the school, and even hinted that he was carrying a firearm into the chapel. He added, “Let’s teach them a lesson if they ever show up here.”

Falwell Jr. attempted to clarify the statement to The Washington Post. He said, “If I had to say what I said again, I’d say exactly the same thing,” but also said he was referring to terrorists by “those Muslims” he wanted students to “end.” Presidential hopeful Hillary Clinton was asked about the comments by ABC News, and she called the rhetoric “deplorable” and “hateful.” She said that Falwell’s response to a “legitimate security issue” gives “aid and comfort to ISIS and other radical jihadists.” The governor of Virginia—where Liberty is located—said in a statement, “My administration is committed to making Virginia an open and welcoming commonwealth, while also ensuring the safety of all of our citizens. Mr. Falwell’s rash and repugnant comments detract from both of those crucial goals.”

Hearing God’s Voice Isn’t the Same as Obeying It

Update: The FBI Is Now Considering San Bernardino Shooting an ‘Act of Terrorism’

The Harm of Claiming There Is a ‘War on Christmas’