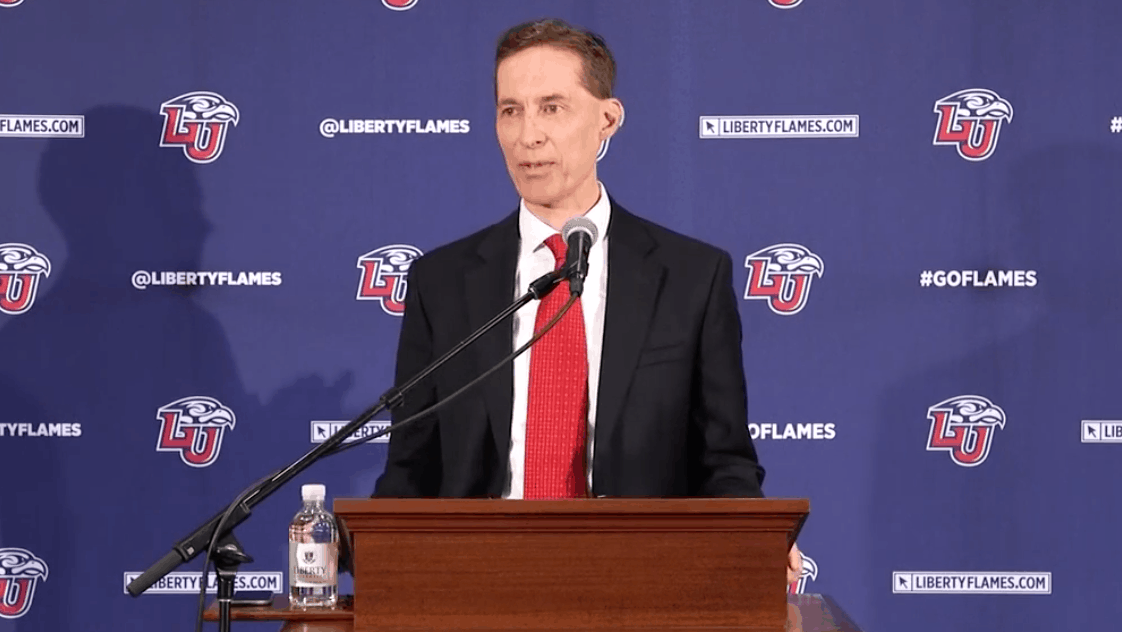 Liberty University, the private Christian school presided over by president Jerry Falwell Jr., just announced that they are hiring the former Baylor Athletic Director who resigned from his job following an alleged group sexual assault by members of the football team. Baylor has previously said that Ian McCaw (and football coach Art Briles, who was fired following an investigation), knew that a student was sexually assaulted, and did not report it.

Here’s part of the report from Baylor:

In April 2013, a female student-athlete reported to her head coach that she had been sexually assaulted by five Baylor football players approximately one year earlier. The student-athlete provided her head coach with the names of the involved football players. The head coach immediately reported the assault, including the names of the reported players, to the then-Athletic Director, to the head football coach, and to the sports administrator for the female student-athlete’s team. According to Baylor’s investigation, neither the head coach, the Athletic Director, the sports administrator or the football coach disclosed the reported sexual assault to Baylor’s Judicial Affairs or to anyone else outside of the Athletics Department …

Over the course of the past year, the student-athlete’s head coach, his sports administrator, the head football coach, and the Athletic Director have each independently confirmed to the University – in some instances, on multiple occasions – that they did not report this sexual assault allegation to Judicial Affairs in 2013.

The report (which, again, is from Baylor’s own investigation) also said that McCaw later lied about having been told about the allegations.

In early 2015, Baylor’s Title IX Office first learned of the sexual assault allegation in connection with three other reports of sexual assault involving multiple football players. At the time, the Athletic Director was asked if he had any prior knowledge of an alleged gang rape within the football program. He denied having any knowledge of the alleged incident. Later in 2015, for the first time, the Athletic Director acknowledged that the student-athlete’s head coach told him about this report in 2013.

In a statement, Falwell said, “You look at what Baylor was able to do during his tenure, it fits perfectly with where we see our sports programs going. This is an exciting time for us.”

McCaw added, “My vision for Liberty is to position it as a pre-eminent Christian athletic program in America and garner the same type of appeal among the Christian community as Notre Dame achieves among the Catholic community and BYU garners from the Mormons.”