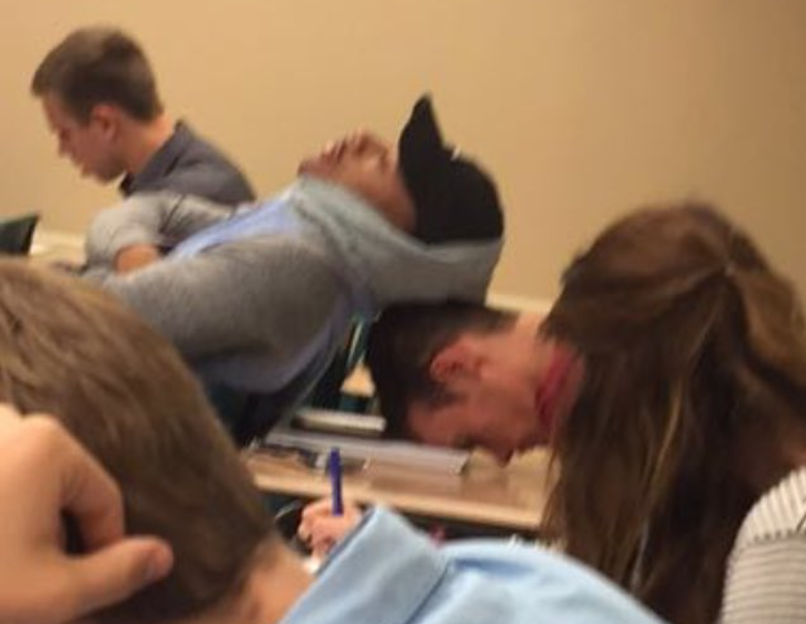 Watch Worship Break Out at a Chance the Rapper Concert

As anyone who’s been a student knows, this can be a stressful time—a week in which we need the support of our fellow man.

Yes, they both are sleeping in class, but they couldn’t be doing it without the help of the other.

The best part is the caption: “I’m pretty sure they don’t even know each other.”

I'm pretty sure they don't even know each other #FinalsWeek pic.twitter.com/CW02z2ndBc