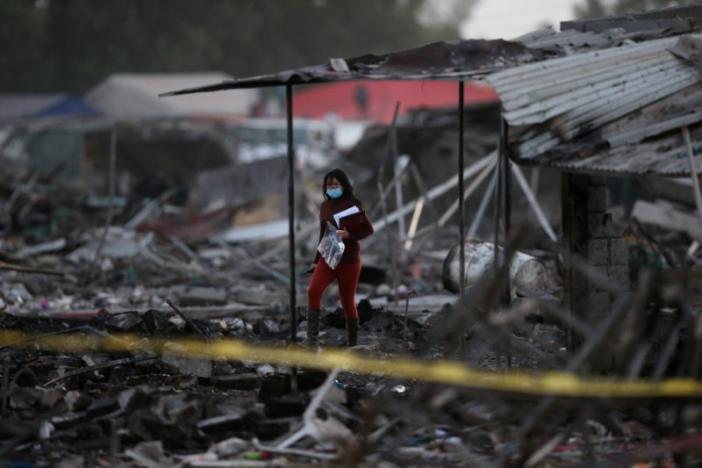 Mexico’s largest fireworks market was leveled after a chain of explosions rippled through the market Tuesday afternoon, killing at least 31 and injuring at least 70.

The explosion happened at the San Pablito market in Tultepec, right outside of the capital city of Mexico City on Tuesday afternoon.

The death toll has been updated to 31, but 11 people remain missing and officials said body parts have been strewn throughout the site of the market.

Fireworks are a popular Christmas season tradition in Mexico, with markets even selling smaller fireworks for children—the popularity of fireworks during this time makes fireworks accidents somewhat common.

In 2005 and 2006, the market experienced explosions, but in both years, no one was killed, but the market itself was damaged. Just last month, the Institute of Pyrotechnics certified the market and called it the “safest in all of Latin America.” According to Reuters, the institute also said the market had “perfectly designed stalls” that would stave off a chain reaction of explosions even if one spark happened.

The federal attorney general has already opened an investigation and has vowed to bring justice to whoever is responsible.

Avila also said that they would continue making and selling fireworks and that those who need financial support because their source of income has been destroyed, would be able to get help from the state.