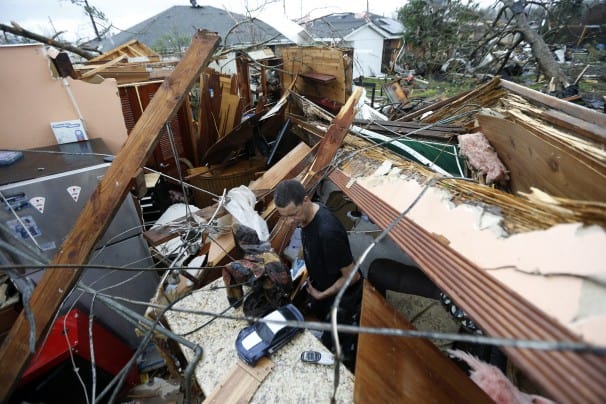 Louisiana residents lived through a real-life scene from the 1990s movie, Twister, when three tornados ripped through the New Orleans Metropolitan area on Tuesday. At least a dozen people suffered injuries and many families lost everything from the damage. Sixty homes and buildings were wrecked. The storm also dropped power lines and snapped trees throughout the state. One tornado struck New Orleans East and traveled through a part of the 9th ward, an area ravaged by Hurricane Katrina in 2005.

No deaths were reported yet Louisiana Governor, Mayor Mitch Landrieu, declared a state of emergency since six tornadoes were reported in the region. The National Guard was also deployed to prevent looting and protect residents.

Officials at a news conference also confirmed emergency workers would conduct a house-to-house sweep and work to shut down gas leaks.

Mayor Landrieu also said that making sure Louisiana residents had access to resources would be a top priority.