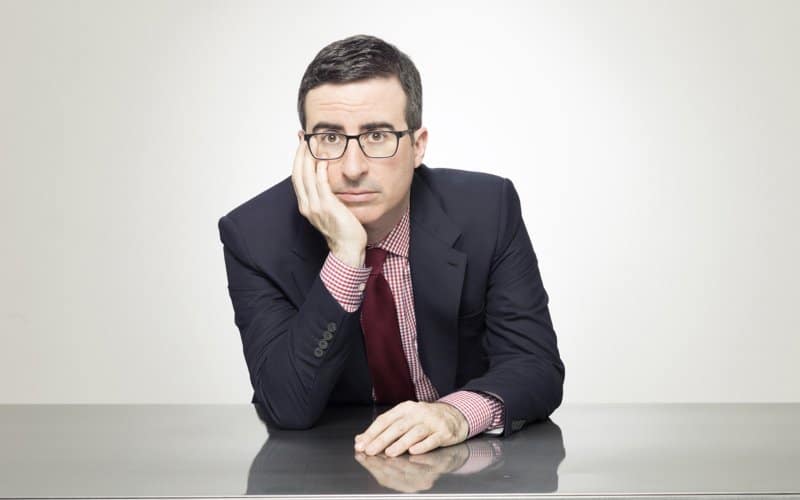 John Oliver issued another one of his signature takedowns on last night’s edition of his HBO comedy news show Last Week Tonight . This time, he targeted televangelists who preach the prosperity Gospel. (Just a heads up, the segment does contain some strong language and jokes some Christians might find offensive.)

Oliver showed several examples of what he said were predatory practices by televangelists who promote the theological idea of “seed faith,” promising viewers large financial harvest in exchange for small “seed” donations to their ministries while exploiting religious exemptions in the tax code.

Along with showing clips of Creflo Dollar’s now infamous request for donation to purchase a $65 million jet, Oliver called out Kenneth Copeland for living in a multi-million dollar mansion virtually tax-free because he’s designated it his parsonage.

The most cringe-worthy part of in the entire 20-minute segment however, was when he showed what happened when he engaged in a months-long mail correspondence with televangelist faith-healer Robert Tilton. Each letter was responded to by Tilton’s ministry, along with increasingly weird requests for more and more donations. Seriously, Oliver was sent colored anointing oils, and even an outlined drawing of Tilton’s foot meant to be a part of some sort of supernatural exercise.

But just as disturbing as the bad theology employed by donation-hungry preachers, are the loopholes in tax law that allow them to get away with it. Because of ambiguously-worded tax codes, setting up a legally recognized religious institution—which is then exempt to taxes—is so easy that Oliver established his own, “Our Lady of Perpetual Exemption.” Yes, it even has a cheesy website and a 1-800-number 1-800-THIS-IS-LEGAL!

LeBron James Is Paying for 1,100 Kids to Go College

A Guide to Texting the Opposite Sex