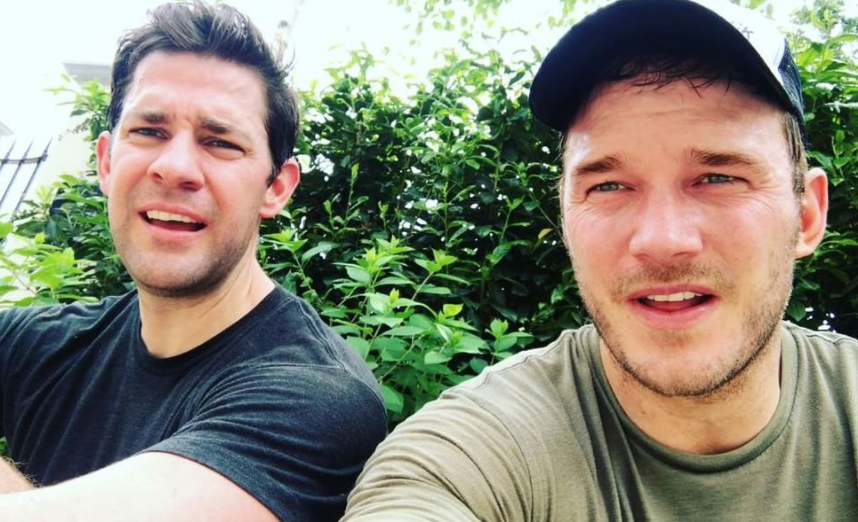 Actors John Krasinski and Chris Pratt were both in the U.K. this weekend and decided to hang out on Memorial Day for a pretty great cause.

Together, they did the “Murph Challenge,” a workout consisting of a mile run, 100 pull-ups, 200 push-ups, 300 air-squats followed by another one mile run.

They explained in the clip, the workout is named after fallen Navy SEAL Lt. Michael P. Murphy, who died in Afghanistan in 2005, but received the Medal of Honor after his death.

His story is told in the film Lone Survivor.

As explained on the Challenge’s website, the workout is a way to raise money so that military families can receive scholarships.