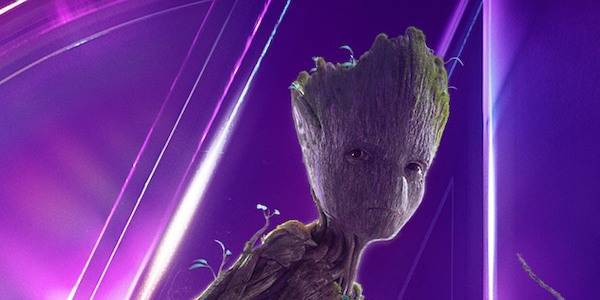 *SPOILERS FOR AVENGERS: INFINITY WAR BELOW*

If you’ve gotten a chance to see the cinematic phenomenon that is Avengers: Infinity War, then you know what it’s like to have your heart ripped into a thousand pieces. And now, thanks to one director in the MCU, the movie’s final moments just got harder to swallow.

It wasn’t a huge surprise when the end of the third Avengers film gave its protagonist his happy ending, meaning utter chaos for the rest of the universe. Thanos completes his mission to (literally) snap half of the universe from existence in the wake of acquiring all six infinity stones, and a good majority of our favorite heroes are turned to ash in the process.

In fact, all of our favorite Guardians characters are snapped barring Rocket, and Guardians director James Gunn just told fans what Groot’s last words to the furry hero were. Of course, his final words were, “I am Groot,” but when asked about the translation of his final line in the film, Gunn said he called the following out to Rocket before turning to ash: “Dad.”

Are you crying? We’re crying. Sorry to have ruined your morning.