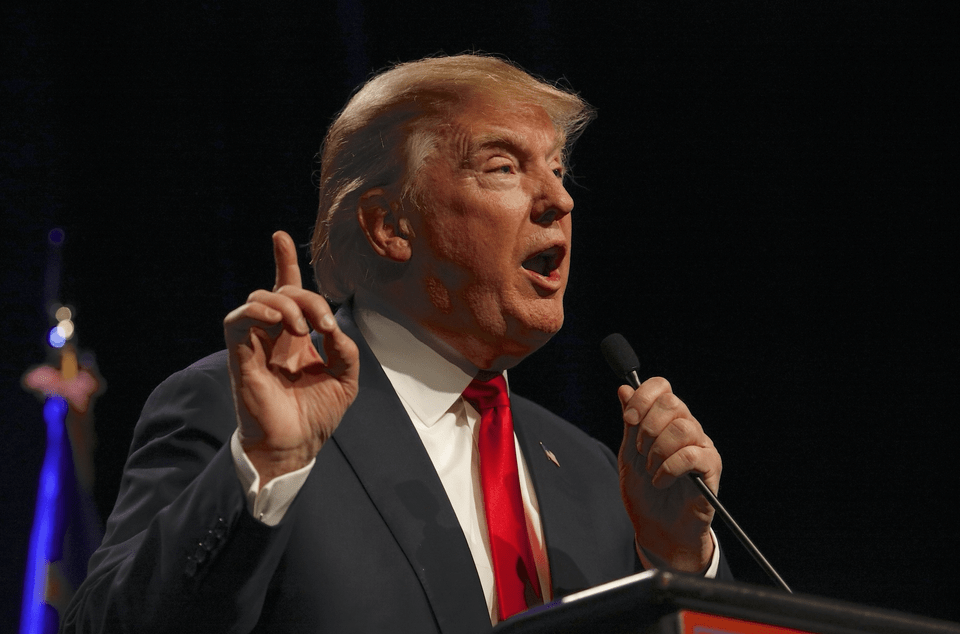 This weekend, one of evangelicalism’s most well-known conservative Christian voices spoke out about the faith of presumed GOP presidential candidate Donald Trump. The founder of the organization Focus on the Family gave an interview with pastor Michael Anthony, and said he had second-hand knowledge that Trump just recently became a Christian.

Though he did not say who prayed with Trump, Dobson told Anthony that he personally knows “the person who led [Trump] to Christ. And that’s fairly recent.” He added, “I don’t know when it was, but it has not been long … I believe he really made a commitment, but he’s a baby Christian.”

The account seems to somewhat contradict Trump’s own description of his faith. For years, he said that he was a Presbyterian Christian and has spoken frequently about his admiration for the Bible on the campaign trail. (Though, he’s had his share of gaffes when it comes to discussing scripture and theology.)

Dobson, however, said that Trump “doesn’t know our language” and “refers a lot to religion and not much to faith and belief.” He said that evangelicals need to “cut him some slack,” because “he didn’t grow up like we did.”

Trump has not yet publicly mentioned the conversation or the conversion. When asked about the conversion, a Trump aid told NBC, “I’m not going to speak to Donald Trump and his embrace of religion.”

The interview comes just days after Trump met with several high-profile Christian leaders and evangelicals for a closed-door meeting. Ironically, it also comes just days after Trump attack the personal faith of his political rival Hillary Clinton saying, “We don’t know anything about Hillary in terms of religion. Now, she’s been in the public eye for years and years, and yet there’s no—there’s nothing out there. There’s like nothing out there.” For years, Clinton has said she is a Methodist and has spoken publicly about being raised in the church.