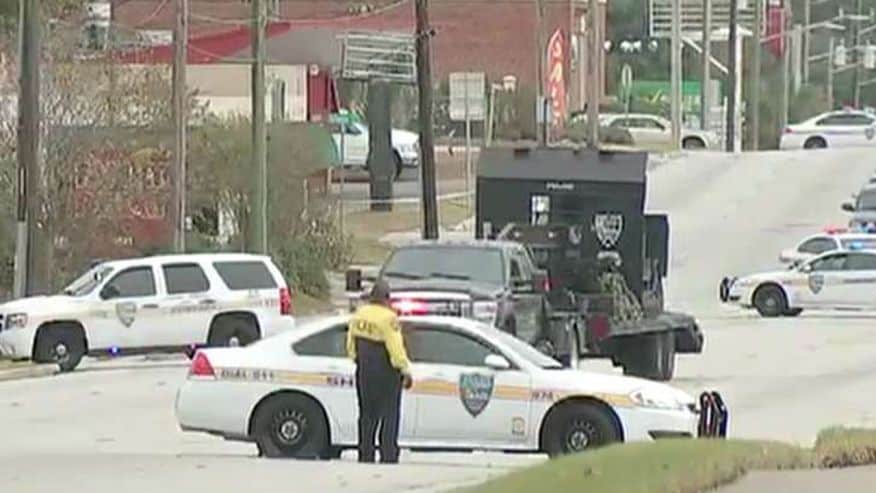 A suspect is now in custody after attempting to rob a bank in Jacksonville, Florida, holding 11 victims hostage. The victims are all unharmed and were captured on aerial video from news helicopters at the scene walking out of the bank safely at 11 a.m.

The suspect was armed with a handgun and barricaded inside. Police say the initial call reporting the crime came in at 9 a.m. The identity of the suspect has not been released. According to Jacksonville Sherriff Mike Williams, the suspect pointed his gun at hostages’ heads and made a series of demands.

One of the hostages also texted a friend to say the suspect seemed nervous. After an armed standoff with authorities, the suspect surrendered. He will likely face charges including armed kidnapping and robbery.

Here’s the Trailer for Hollywood’s ‘The Shack’ Adaptation