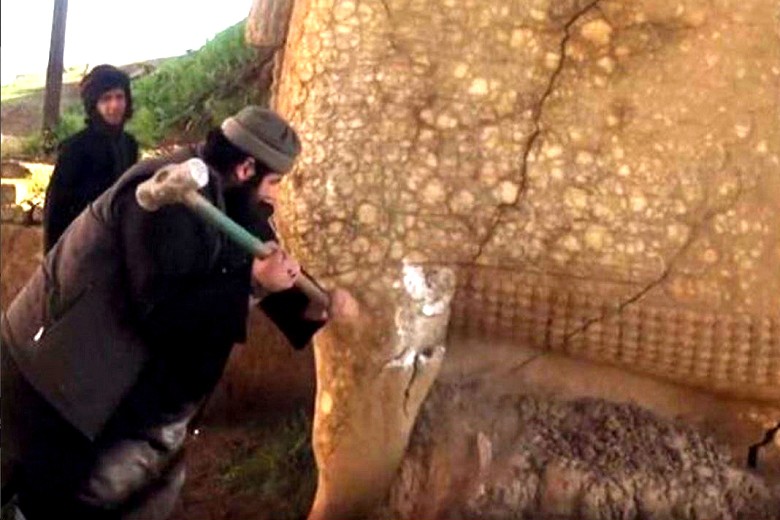 One of Islamic State’s latest videos released on Sunday shows the terrorist group destroying the archeological site of Nimrud, which was the capital of the Assyrian empire dating back to the 13th century B.C. Director of the U.N. Educational, Scientific and Cultural Organization Irina Bokova says, “Its frescos and works are celebrated around the world and revered in literature and sacred texts.” ISIS has taken to attacking archeological sites for the purposes of destroying idols or anything considered heretical to the worship of Allah. The seven-minute video shows militants using sledgehammers, jackhammers, bulldozers and explosives to bring down huge alabaster reliefs depicting Assyrian kings and deities. One militants states in the video, “God has honored us in the Islamic State to remove all of these idols and statutes worshipped instead of Allah in the past days.” Another militant adds, “whenever we seize a piece of land, we will remove signs of idolatry and spread monotheism.”

One Killed In Community College Shooting In North Carolina