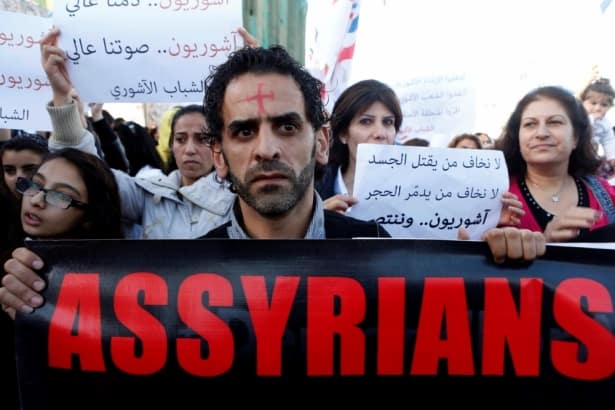 The famously brutal terrorist group, ISIS, claims it will execute 180 Assyrian Christians who they kidnapped in February. The group demanded the Assyrian community pay $12 million for the release of the captured Christians, but Assyrian leadership says the amount is “unbearable.” The Christian Post cited Osama Edward, director of the Assyrian Human Rights Network, as saying, “The negotiations … have been suspended due to the unbearable demands of the terror group. ISIS threatened to execute the 180 hostages if we didn’t pay the ransom.”
The kidnapped Assyrians are part of a group of 230 ISIS captured back in February from the Khabur river valley in Syria.