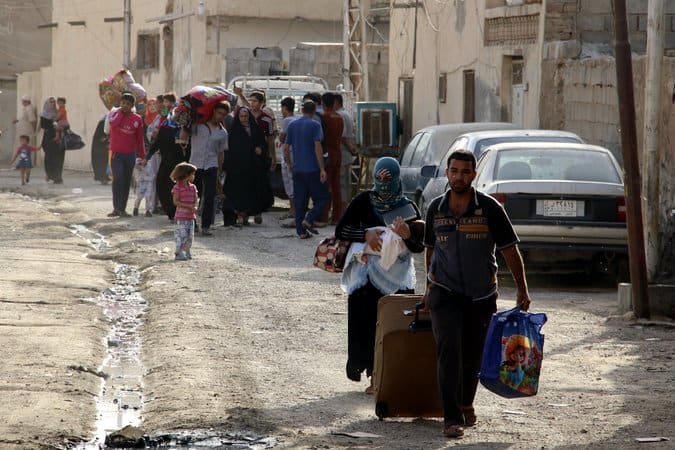 The Islamic State (ISIS) launched a full-scale attack on security forces in the Iraqi city of Ramadi, according to several news sources. The assault, which began yesterday and continues today, includes suicide bombings by militants dressed as Iraqi soldiers.

As of Friday afternoon, ISIS “seized the main government headquarters in Ramadi, and raised their black flag before setting fire to the compound,” reported The New York Times.

More from the Times:

The Islamic State’s capture of the government quarter, even though it was too early to declare that the entire city had fallen, represents a significant setback in the Iraqi government’s long fight to defend Ramadi, the capital of the sprawling western desert province of Anbar.

As ISIS fighters advanced on Friday there were reports of mass executions. Sheikh Omar Shihan al-Alwani, a tribal leader whose men have been fighting ISIS there, said that more than a dozen families had been killed in his area of Ramadi, and an estimated 50 policemen and tribal fighters.

What to Do When Your Life Doesn’t Go as Planned