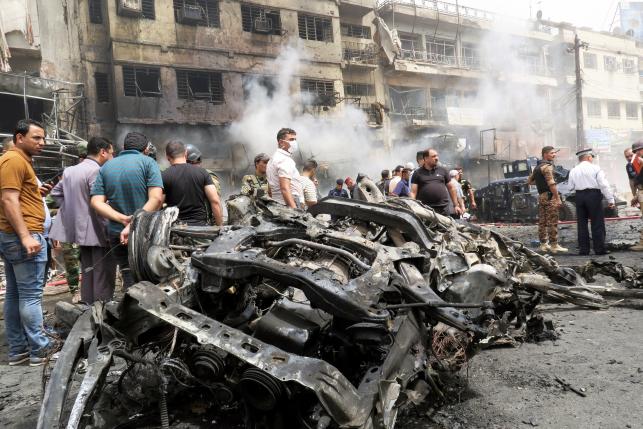 A police officer on the ground told Reuters that a suicide car bomb blew up on a commercial street and killed 17 people and wounded more than 50. In addition, a man strapped with explosives blew himself up just north of Baghdad, which killed seven soldiers and wounded more than 20, according to the report.

Some experts seem to think that ISIS is getting desperate as its one-time stronghold on nearby Fallujah is slipping.

According to a report by Reuters, Iraqi forces launched an offensive against Fallujah late in May. They’ve now completely surrounded the city. And yesterday, troops began the process of closing in on the ISIS-controlled area.

While experts are saying that a recovery of Fallujah will most likely take some time, it now appears inevitable—as does the recovery of other ISIS territories.

A couple of weeks ago, we talked to Jeremy Courtney, president of Preemptive Love and who lives in the Middle East, about the impending fall of ISIS.

A Reporter Asked Donald Trump, ‘Who Do You Say Jesus Is?’