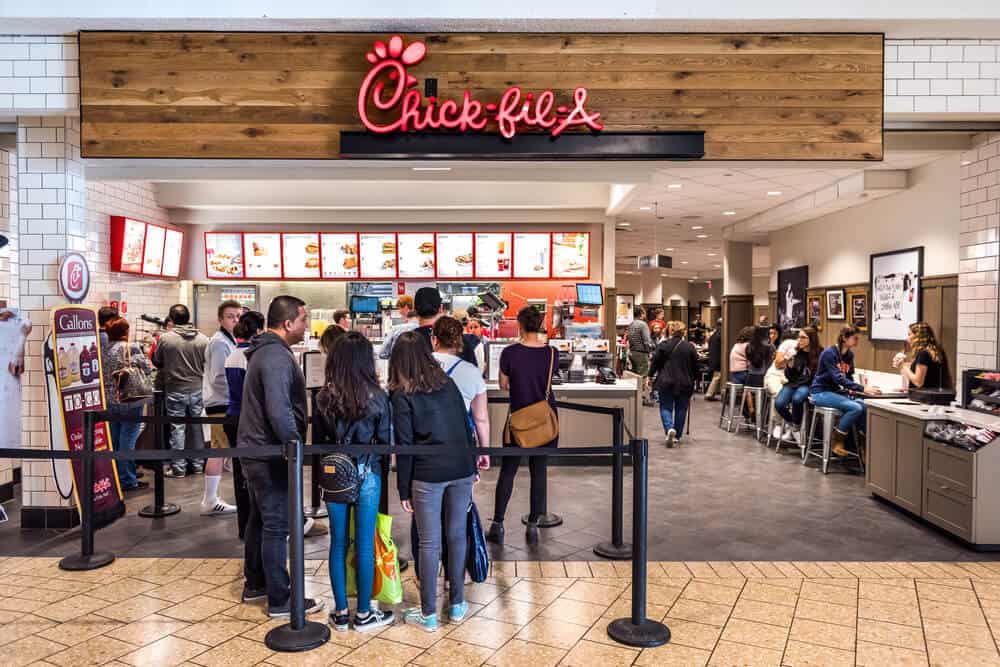 Over Thanksgiving weekend, officials at Rider University in New Jersey released an open letter explaining their decision not to include Chick-fil-A as an option for a new restaurant on campus. The letter, from Rider University president Gregory G. Dell’Omo, says Chick-fil-A was excluded because of “the company’s record widely perceived to be in opposition to the LGBTQ+ community.”

The university had sent a survey out asking students which restaurants from a list of options they’d like to be considered for an opening on campus. Chick-fil-A, included on the survey in past years, was taken off.

In response to the letter, Chick-fil-A wrote: “While we respect the university’s decision, this news story represents a good opportunity to clarify misperceptions about our brand. Our restaurants welcome everyone. We have no policy of discrimination against any group, and we do not have a political or social agenda. More than 120,000 people from different backgrounds and beliefs represent the Chick-fil-A brand.”

Criticism against Chick-fil-A reached a peak in 2012, when CEO Dan Cathy said when it comes to same-sex marriage, society has an “arrogant attitude to think we have the audacity to define what marriage is about.” The company’s WinShape Foundation was criticized that same year for donations to organizations deemed by many to be anti-LGBTQ. Those organizations include the Fellowship of Christian Athletes, the Marriage & Family Foundation and the Salvation Army. In other words, these “anti-gay” organizations are organizations with Christian roots that advocate for a biblical definition of marriage.

Other contributions from the Chick-fil-A Foundation, Chick-fil-A’s philanthropic arm, include Junior Achievement (a youth program that gives kids chances to learn about business, finance and budgeting), City of Refuge (anti-poverty) and Paul Anderson Youth Home (helps at-risk men find a fresh start through life-skill programming). A full report from the foundation can be found here.

Critics will point to FCA’s strict “sexual purity” policy for staff members, or Paul Anderson Youth Home’s stance that “abuse of children has produced all kinds of evil throughout the culture, to include the explosion of homosexuality, in the last century.” (h/t ThinkProgress)

Rider University is falling in line with that criticism for now. In the letter, they write: “Some may view this decision as being another form of exclusion. This was not the spirit in which the decision was made. We acknowledge an organization’s right to hold these beliefs, just as we acknowledge the right for individuals in our community and elsewhere to personally hold the same beliefs. This issue touches on a complex conversation…and we encourage dialogue to take place. We’ve asked Rider’s Center for Diversity and Inclusion to organize a campus forum so the voices of students, faculty and staff can continue to be heard.”

Everything You Need to Know About Missionary John Chau’s Death

Don’t Bring Your Toxic Relationships Into 2019