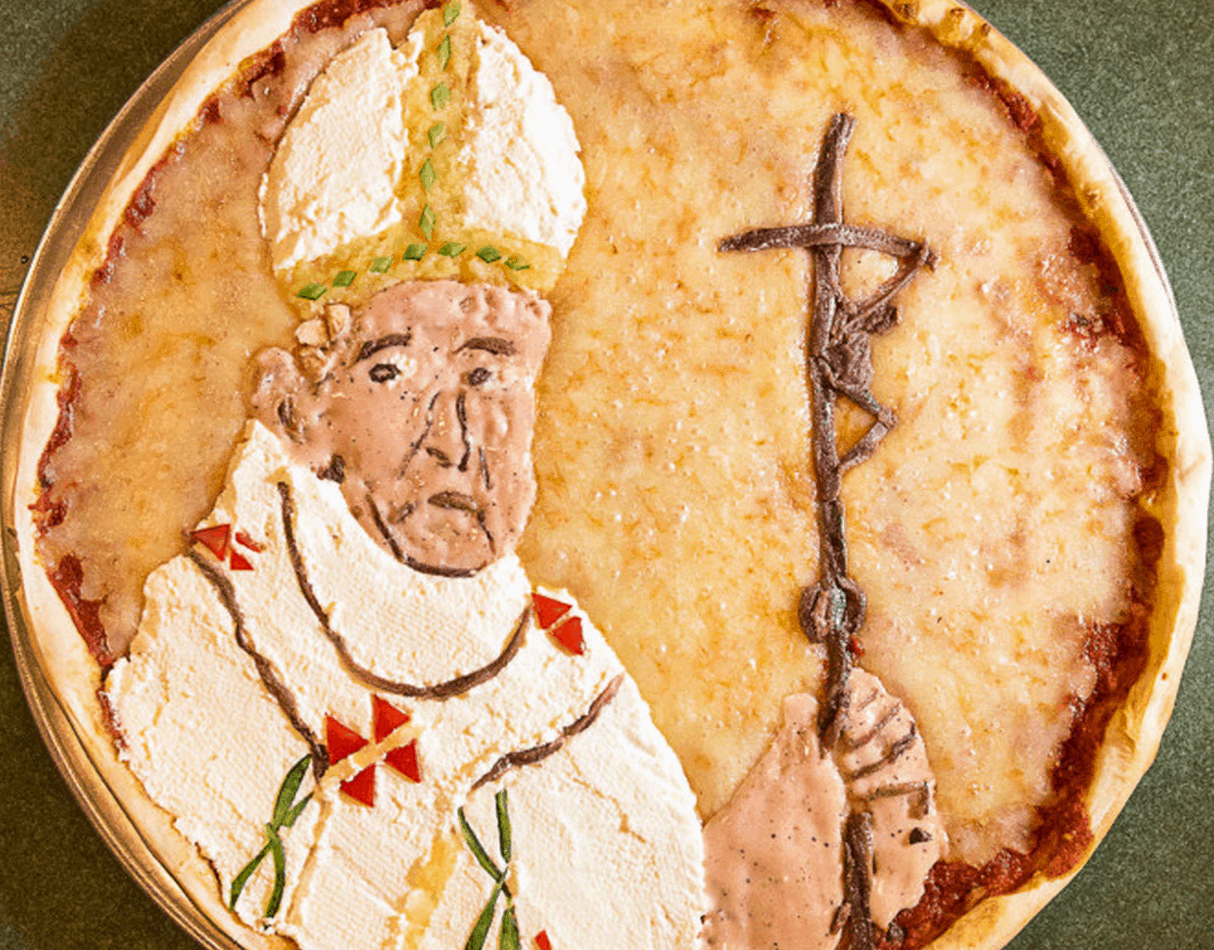 When Pope Francis visits New York City this week, he’ll have a special meal waiting for him—a custom pope pizza pie. Though it’s unclear exactly where he’ll partake in a New York slice, his friend Father Hernán Paredes has told reporters that he plans on enjoying some ‘za with the pope, and at least one pizzeria is pulling out all the stops in order to draw his business. The New York Post took these images of a intricately topped pie at Bleecker Street Pizza, which uses a variety of ingredients to create an edible version of the pope’s likeness. It almost looks too good to eat. Almost.

Is Political Correctness a Virtue?