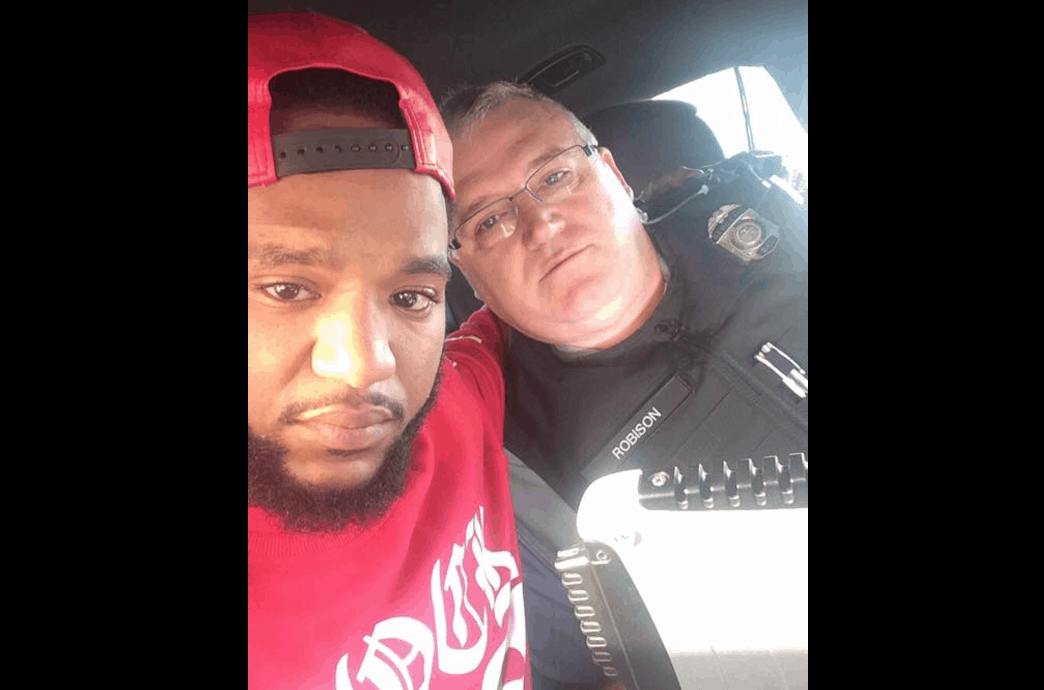 Mark Ross, a resident of Ohio, had just learned that his teenage sister had been killed in a car accident and knew he had to get home to be near his family.

Because he didn’t have a car, he asked a friend to help, and just moments after hearing the tragic news, they got in the car at 3 a.m., and began racing to get Ross to his family. Not long after, he and his friend were pulled over by Trooper J. Davis for speeding.. The driver ended up getting taken into custody for a suspended license and outstanding warrant, leaving Ross stranded. And, Ross had an outstanding misdemeanor warrant, meaning he too could have also been arrested.

However, after learning what happened, the officer, decided to help.

At 3am I got a phone call stating that my sister had been killed in a car accident due to some young dumb punk! I haven’t slept and instantly got on the road. Of course we were speeding, trying to get back to Detroit. And we got pulled over in Ohio. I knew I was going to Jail due to a petty warrant. The police called Wayne county and they refused to come get me because of the distance. I explained to the officer that my sister had died and that I needed to get to my mother asap.

I broke down crying and he saw the sincerity in my cry. He REACHES OVER AND BEGAN PRAYING OVER ME AND MY FAMILY. He offered to bring me 100 miles further to Detroit because they towed the vehicle. Everybody knows how much I dislike Cops but I am truly Greatful for this Guy. He gave me hope.

After Ross posted the story on his Facebook wall, and the story quickly made national news. “It was just so overwhelming,” Ross told Inside Edition. “They were trying to help us.”