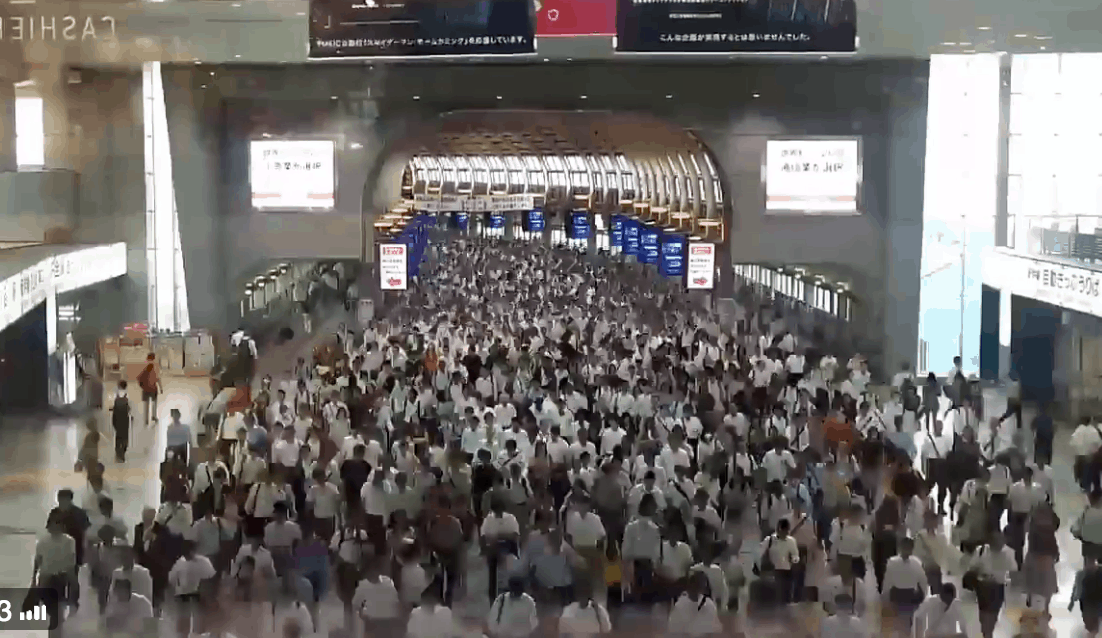 Tokyo’s Shinagawa subway station is one of the busiest on the planet, and to capture the pure insanity that is morning rush hour, a Twitter user created this time-lapse video.

For a half hour, @sigeyosiinoue filmed a single shot of an ocean of people flooding through the terminal.

It’s enough to make you never want to commute again.