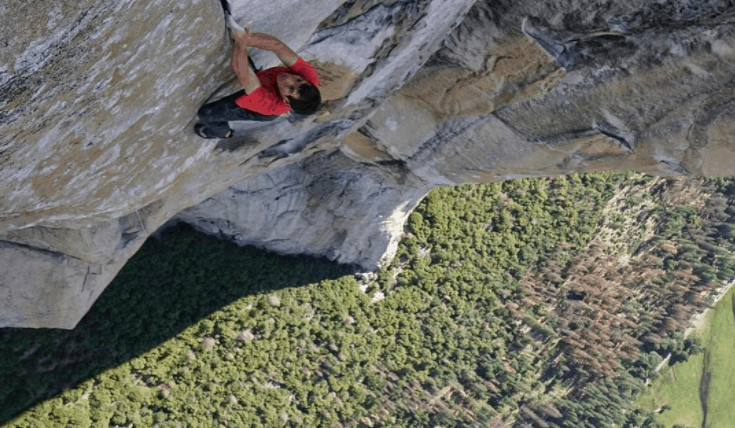 If you want to add a gut-clenching, mind-reeling, equilibrium-wrecking experience to your day, here’s a video for you. Famed rock climber Alex Honnold scaled Yosemite’s famed El Capitan—a 3,000-foot rock wall that is a legendary challenge for climbers of any skill level—with no ropes.

In fact, Honnold didn’t have much more than a bag of chalk for the entirety of his four-hour climb, which took him 3,000 (three thousand!) feet in the air with, and this point bears repeating, no ropes. No harness. No net. Nothing between him and the ground, steadily inching away from him hand hold by hand hold, over a period of four hours, death growing ever more certain with by the second.

“This is indisputably the greatest free solo of all time,” said Alipinist magazine which, sure, if greatness is judged purely on the basis of how utterly unreasonable something is.

The whole thing was filmed by National Geographic (by cameramen who, presumably, had ropes) for an upcoming documentary, one that should be rated W for WHAT IS WRONG WITH YOU.

The Difference Between Complaining About Church and Critiquing It