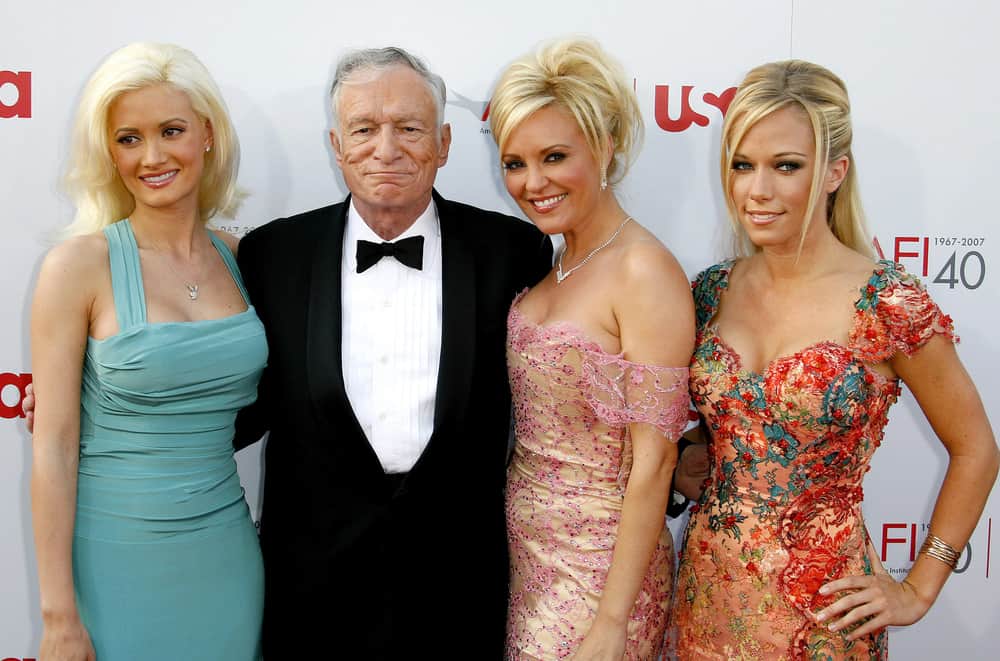 He was far from the first man to see the financial potential in commodifying the female body for male consumption, but Hugh Hefner, who passed away Wednesday night at 91, is probably the most famous one to do so.

In the 1950s, when his magazine kicked off, Hefner pitched himself as a break from the uptight, conservative social moors that, in his view, had restricted free expression in the United States. He successfully pitched Playboy‘s puerile naughtiness as a sort of virtue. “We might be bad,” the magazine seemed to suggest, “but what’s so great about being good?”

And in the beginning, that’s all it was. A magazine. But it was one to which Hefner was inextricably tied, and he built it into a multimedia empire.

From his lavish mansion in which he hosted Caligula-like parties for the rich and famous to his polyamorous philandering to his legendary silk smoking jacket, Hefner embodied the life he sold. He lived what sociologists would later term the “premium boys’ life” popularized in the 1960s—men like President John F. Kennedy, James Bond and the Rat Pack, who made terrible life choices and tried to look good doing it.

Hefner was loudly denounced by evangelical leaders, politicians and the early feminist movement but he built Playboy into an empire, with cable channels, resorts, clothing and the ubiquitous bunny logo. It made him a lot of money and while its glory days are long behind it (the circulation had dropped to 800,000 by 2015) the word “Playboy” is still synonymous with pornography, indifference to societal virtue and a certain brand of the male gaze.

Hefner took a lot of joy in pushing against Christian sexual ethics, and pornography has ruined a lot of lives, on both sides of the camera. But it affected few lives as much as Hefner’s.

Oh Boy. A Pastor Is Threatening to Smash a Christmas Monument to Satan with a Sledgehammer

3 Ways You Can Be a Better Neighbor