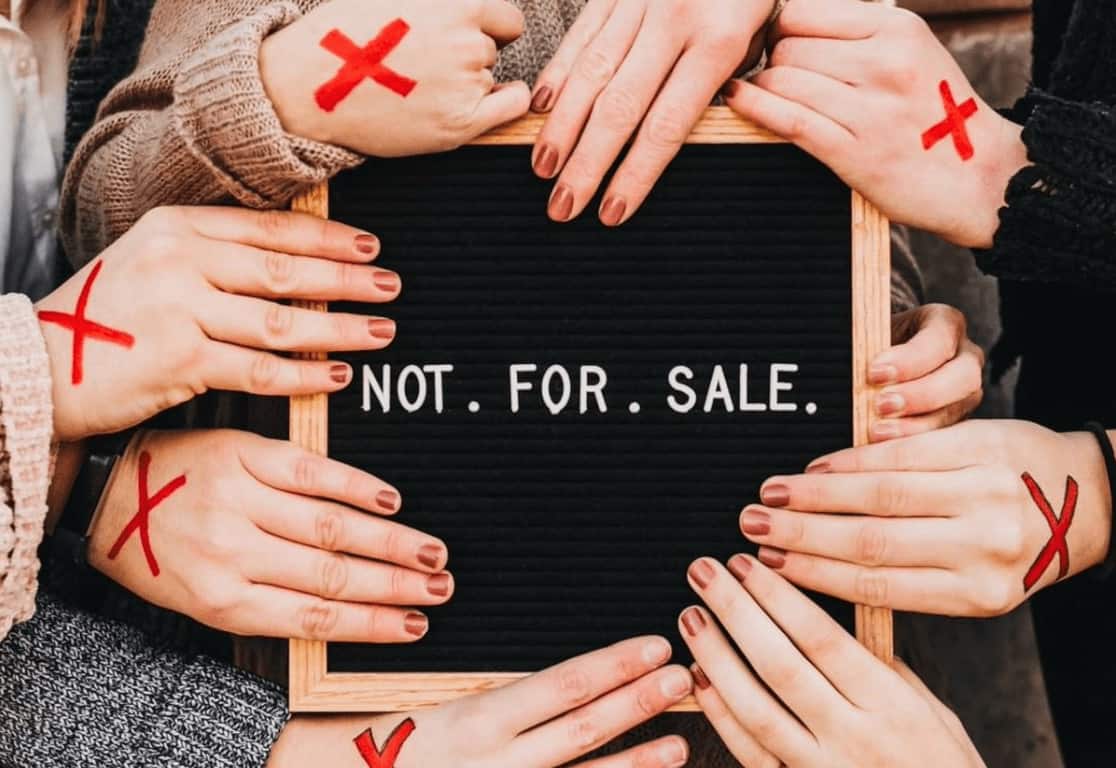 Today, February 7, the END IT Movement has mobilized ‘Shine a Light On Slavery Day’ to raise awareness for the implicit and explicit modes of slavery still happening around the world today.

The END IT Movement was started by students at Passion Conference seven years ago with the intention of bringing attention to and eradicating modern day slavery. Each yeah, Shine a Light On Slavery Day mobilizes those with larger platforms to use the symbol of a red X to raise awareness and money for the END IT Movement.

The first major voice against slavery today came from International Justice Mission CEO Gary Haugen at this morning’s National Prayer Breakfast with President Trump and Vice President Pence. Haugen said: “Modern slavery is as vast and as brutal as it has ever been, but one thing is new: We now know how to stop it for good.”

This morning @garyhaugen, @ijm CEO spoke at the National Prayer Breakfast in front of the President and VP to SHINE A LIGHT on END IT and represent all the FREEDOM FIGHTERS around the WORLD.

OUR message has reached the White House and it isn’t stopping there.
❌#enditmovement pic.twitter.com/17nXOb97fr

The END IT Movement has seen support today from public figures from all over the cultural landscape, from faith leaders to activists to professional athletes and politicians. The organization defines slavery as “one person completely controlling another person, using violence or the threat of violence to maintain that control. Human-trafficking, the modern-day slave trade, refers to the illegal trade of human beings through abduction, the use of threat or force, deception, fraud, or ‘sale’ for the purposes of sexual exploitation or forced labor.”

Below are some of the voices who joined The END IT Movement today.

40 million people trapped in slavery. Nearly 1 in 4 victims is a child. Today we STAND for what’s right until the number of men, women and children suffering in silence moves from 40 million to zero. RT if you are in it to END IT. ❌#enditmovement pic.twitter.com/FBK1ETC7bm

Today & every day, we are in it to #ENDIT. @nickcaine & I are deeply committed to playing our part to end this injustice across the globe. Today we raise our voices together with our friends @enditmovement for the millions of people still enslaved today. #enditmovement ❌ pic.twitter.com/FwJVVXgC3W

In order to tell the world, we need everyone to tell THEIR world!

Thank YOU @sadierob for giving a VOICE to the voiceless and encouraging others to get involved to END IT.

Let’s continue to draw those Red ❌s and SHINE A LIGHT!
❌#enditmovement pic.twitter.com/Gmooz12ovH

Thankful for all those who are in it to end it! Join me and many others who are shedding light to slavery today. Learn more and get involved at https://t.co/3rFL9uOPDU #enditmovement #enditmovement❌ pic.twitter.com/gQxVGi9Vtg

More than 40 million men, women, and children are enslaved around the world today- more than any other time in history. I’m in it to #EndIt, join me! @EndItMovement

The campaign is about more than just awareness. It’s about educating the public about the prevalence of slavery and human trafficking, and equipping them with the resources to make a difference.

To find out more about how you can get involved in ending modern day slavery, check out the resources at EndItMovement.com.

Ride the Emotional Roller Coaster of the New ‘Dumbo’ Trailer