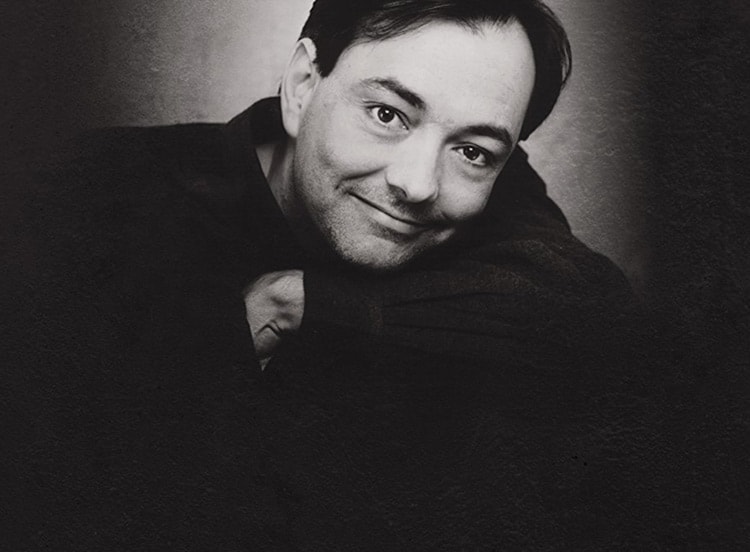 Nobody tells you when you get born here, how much you’ll come to love it. / And how you’ll never belong here. / So I call you my country, and I’ll be lonely for my home. / And I wish that I could take you there with me

One day in the late ‘90s my spiritual journey was forever altered, and I wasn’t even there. My mother had stopped by a local Christian book store in Houston, Texas, to look for a book. She was browsing through the racks when Rich Mullins’ “Boy Like Me/Man Like You” started playing over the speakers. She was struck by the song—and not just because she was in the thralls of raising two young boys herself, one of whom is headstrong and generally intent on doing things his own way.

My mother grew up in a strict Southern family, and the only Christian music she had ever heard sounded more appropriate for a funeral dirge than life in a big city in the twilight of the 20th century. Enraptured by a song which connected with where she was in life, she immediately bought the cassette and brought it home excitedly for my father to listen to. Her world had been opened to contemporary Christian music, which I have no doubt has shaped her spiritual journey—and thus mine—more than many a sermon.

From Houston we moved to a small town in the Texas Panhandle. Most people caricaturize Texas with cows, horses and oil. To many it is a barren wasteland, but to me, you have never seen majesty till you have watched a giant thundercloud roll across the flatlands. I’ve seen beauty all across this globe, but I must say, the vastness of the prairies really do call out the glory of the creator in a unique way.

Once a month or so we drove an hour to Amarillo to go to stores not in our town. We had some standard road-tripping albums: the ones I remember being the Beach Boys’ Greatest Hits, America’s Greatest Hits and Rich Mullins’ Songs. I grew to intimately know all the songs on that album. Much of the time the music simply played in the background while the family talked. However, the stereo always got turned up for my dad’s favorite song, “Hold Me Jesus.”

I distinctly remember being perplexed by the lines, Surrender don’t come natural to me. / I’d rather fight you for something I don’t really want, than take what you give and I need. “That doesn’t make any sense. Why would you fight for something you don’t want? Why wouldn’t you just take what God gives you, since He knows best anyway?” I know exactly how he answered, despite not remembering what he said. Anyone who has grown into adulthood does. Following Jesus is not as straightforward as it seems it should be.

There is much about Rich Mullins’ music that now feels a bit dated, or at least cheesily ‘90s, but for some reason, he has not yet been relegated to the halls of history for me. I am still convinced he was one of the best wordsmiths Christian music has seen in a long time. In 2010 I abandoned my life plan of being a Chemistry professor to pursue working full time in ministry. That life decision has led to me vagabonding around the world as opportunities have come up.

I’ve spent nights alone in Central Asia, rural Africa, Greece and many other places distant from the plains of Texas. It’s easy to feel at home when you wake up in your own bed, surrounded by people who speak your own language and generally act like you. In some ways, it takes the edge off longing for another city, “whose architect and builder is God.” The feeling that you are a stranger in this world is painfully obvious when that is not the case. There is a side effect of living for a time overseas, in that no matter where you are, you always miss somewhere else. Home, it seems, is a nebulous concept.

Life is an exercise in coping with the scars that a fallen world mars you with. True love, as I learned from Rich, is a love with both feet planted squarely on the ground. The difficult part, it would seem, is learning to love the world and those in it—after all, it and they are God’s creation—despite all that living in a world broken by sin entails.

The real trick is learning to both love this life, and to never stop longing for the coming one. The Christian life is a delicate balance between singing for joy and falling on grace. That is what I think keeps me coming back to Mullins. His music never feels trite, quite aware of the difficulties of life. However, it is always fully aware of the propensity of grace to overwhelm even the greatest trouble, and the role music has to play in helping with that process. It is, after all, the finest thing a person can find on this earth.

There is a comfort that comes with the realization that, like Abraham, you are wandering within the strange land that is God’s plan for His world, His people and yourself, instead of drifting aimlessly on the sea of chance and misfortune. There is a funny story in Genesis 26 where Isaac digs a series of wells in the land God had promised to him, only to have them taken away by the local inhabitants.

My guess is that Isaac, like Abraham before him and you and me after, felt a little lost in the midst of trying to follow God’s directives. My four years in school were very turbulent, and it hasn’t relented in the last year and a half as I have not managed to find a job with my newly minted degree. Many nights I lie awake, unable to sleep because of the frustration which wells up inside of me when I no longer have anything to distract myself. I can remember a few nights in the last two years vividly, when it really was “so hot inside my soul, I [swore] there must be blisters on my heart.”

On a few of those nights, the words of the song so beloved by my father came back to comfort me. Hold me Jesus, ‘cause I’m shaking like a leaf. / You have been King of my Glory, won’t you be my Prince of Peace.

I grew up largely in a church culture that was infatuated with the shiny: the newest books, songs and ideas quickly crowded out the old. In that environment, there is something profoundly impactful with falling in love with the same songs your parents did; with letting them speak to you as they did to them. Most of us don’t normally think of ourselves as part of a continuing story, as if we have somehow participated in the events of the past and are continuing them.

Rich’s songs, however, have a keen awareness of the grandness of the Church scattered throughout both space and time, and I’ve learned a lot from him about how to be good sojourners—but only that—wherever we find ourselves.

His music is a reminder that stories from and about the men of old and their faith still have a place in the life of the Christian community. As boys grow old and attempt to keep it straight—particularly hard for Ragamuffins like myself—we learn that while we set our eyes on the King of Glory, “as for now, we don’t see everything under his feet.” For now, sometimes we are most in need of a Prince of Peace.

Rest in peace Rich Mullins, as part of the church victorious. We’ll see you when we end our sojourn and are transformed into glory. It won’t break my heart when that happens.

grew up in Texas, but has spent time living and working in Central Asia, Greece, Tanzania, and other places. After graduating from Dallas Theological Seminary with a degree in theology, he currently resides in North Carolina as an independent Christian writer and podcaster.

Either This Tweet Has a Typo or Millennials Are Much, Much Wealthier Than We Thought