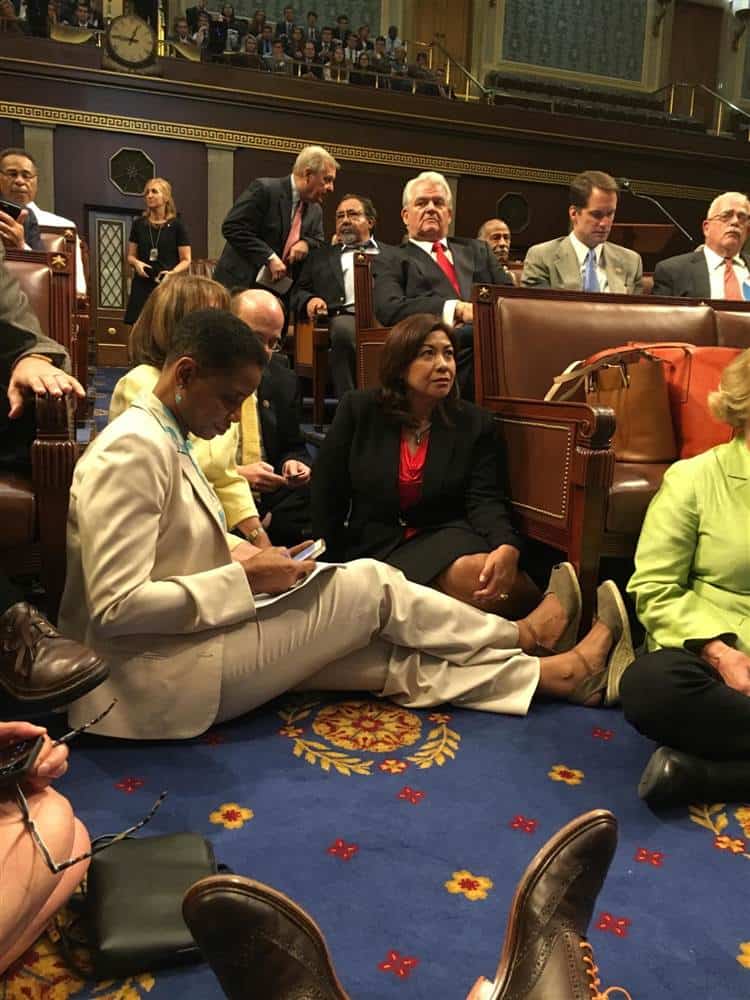 Democrats in the House of Representatives are holding a sit-in to force a vote on increased gun control. Currently, they’re in their fifth hour of the sit-in. Led by Congressman John Lewis—who is no stranger to organizing and civil disobedience from the Civil Rights Movement—about 40 Democrats gathered on the floor calling for a vote—one that Speaker of the House Paul Ryan would have to call.

In the moments leading up to the sit-in, Lewis spoke passionately about gun control.

The disturbance caused Representative Ted Poe, a Republican from Texas, to send the session into recess. Ryan could decide to have the floor cleared or sanction the group participating in the sit-in, or he could continue to wait it out.

The demonstration isn’t being televised by C-Span because the House is in recess, but the Periscope feed of California Representative Scott Peters is being streamed on C-Span’s website.

This comes, of course, just one week after Senator Chris Murphy led a 15-hour filibuster for a vote on gun control.

Jerry Falwell Jr. Responds to Criticism After Posing for Picture with Trump in Front of a ‘Playboy’ Magazine