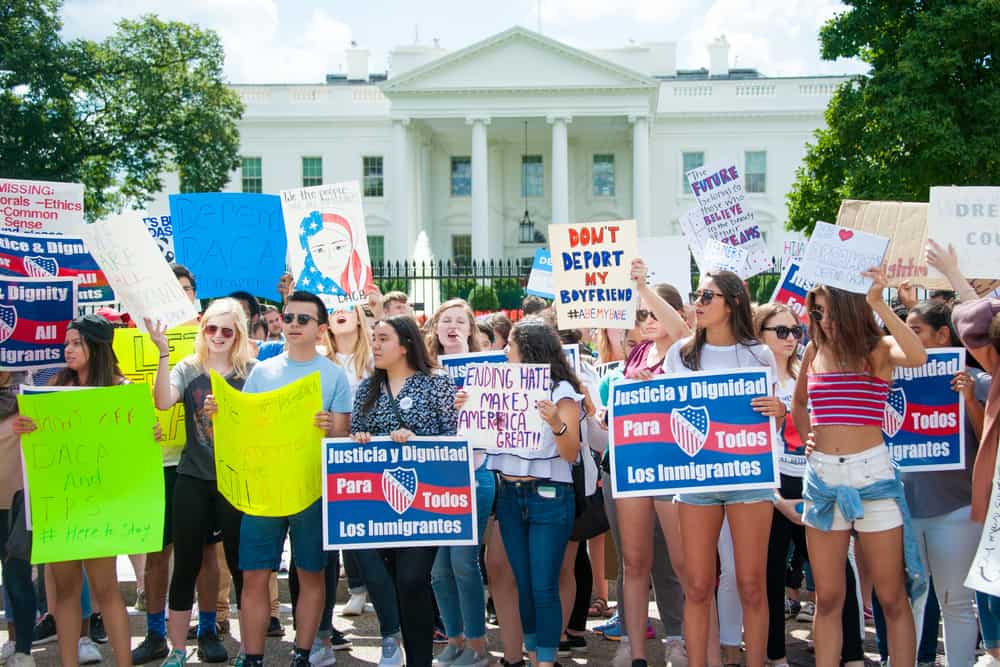 Today, the Trump administration announced another Temporary Protected Status (TPS) will be terminated. This time, for more than 200,000 Salvadorans—the largest group receiving TPS—who have been living in the U.S. and allowed to work legally after two serious earthquakes affected the country in 2001.

This announcement comes just weeks after the administration announced that Haitians—the second-largest protected group—who fled following the 2010 earthquakes would lose their protection as well. It suggests that other groups, such as Hondurans, will be next to lose their protections.

The Department of Homeland Security justified the change by saying much of the infrastructure the Salvadorans were fleeing has been repaired.

According to a statement from DHS: “Based on careful consideration of available information, the secretary determined that the original conditions caused by the 2001 earthquakes no longer exist. Thus, under the applicable statute, the current T.P.S. designation must be terminated.”

Salvadorans have been given until September 2019 to prepare to return to El Salvador. At that point, they will face deportation, which leaves them to make a terrible choice because after several years here, many have built businesses, had children who are citizens, purchased homes and have otherwise made lives for themselves here.

In El Salvador’s case, the Salvadorans would be returning to a country with rebuilt infrastructure, but is considered one of the world’s most dangerous cities and one of the Central American countries with the slowest-growing economies.

El Salvador’s government previously asked the administration not to end TPS, in part because of the way that remittances—money sent home to family—end up actually being what keeps some El Salvador residents alive. Employers in places with high populations of TPS recipients also worry about what the termination will mean for its workforces.