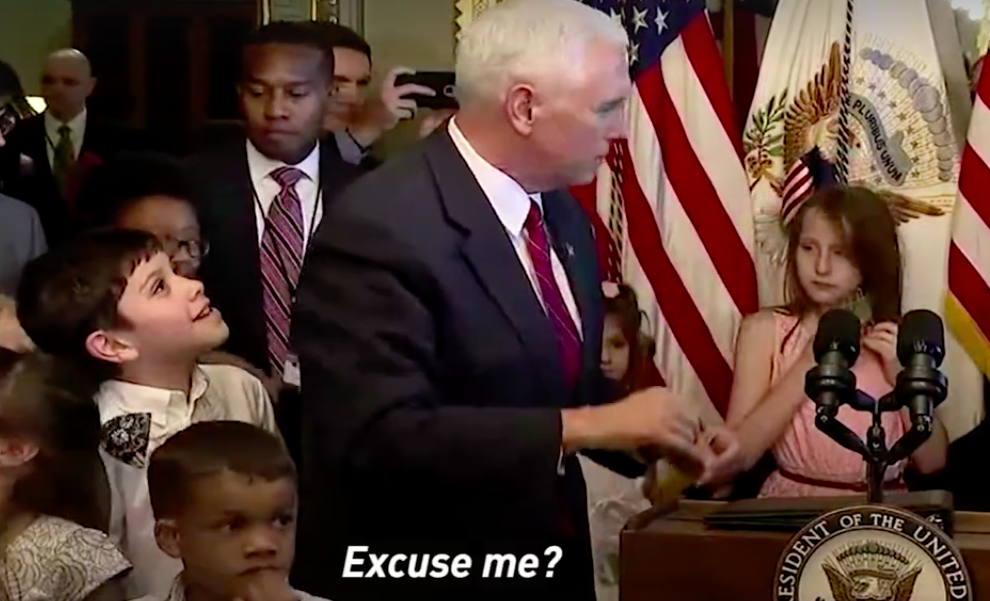 We don’t throw the word “hero” around lightly, because what is a hero? Heroes tend to say things like, “I was just doing what anyone would have done,” and that may be so. But true heroes do the rare thing, the difficult thing, exceeding expectations, going where others would fear to tread.

And by those standards, this intrepid child—who dares make demands of one of the most powerful men in the world—is most undoubtedly a hero.

Like all heroes, this youth is not flashy. He seeks neither vengeance nor comeuppance. He simply demands what is rightfully his—his little sliver of justice in a frequently cold and unfeeling universe.

The moral laws that dictate reality were thrown out of alignment, however briefly, and this boy would let no such wrong stand when it was within his means to set it right.

He is tiny but persistent, his small voice masking a mighty heart, one which would broker no compromise.

History has its eyes on us all and dares us to act with conviction. May we all learn from this precocious youth, and without malice or fear, dare ask for that which we are owed.

Jeff Sessions Tells US Prosecutors to Push for Harsher Sentences