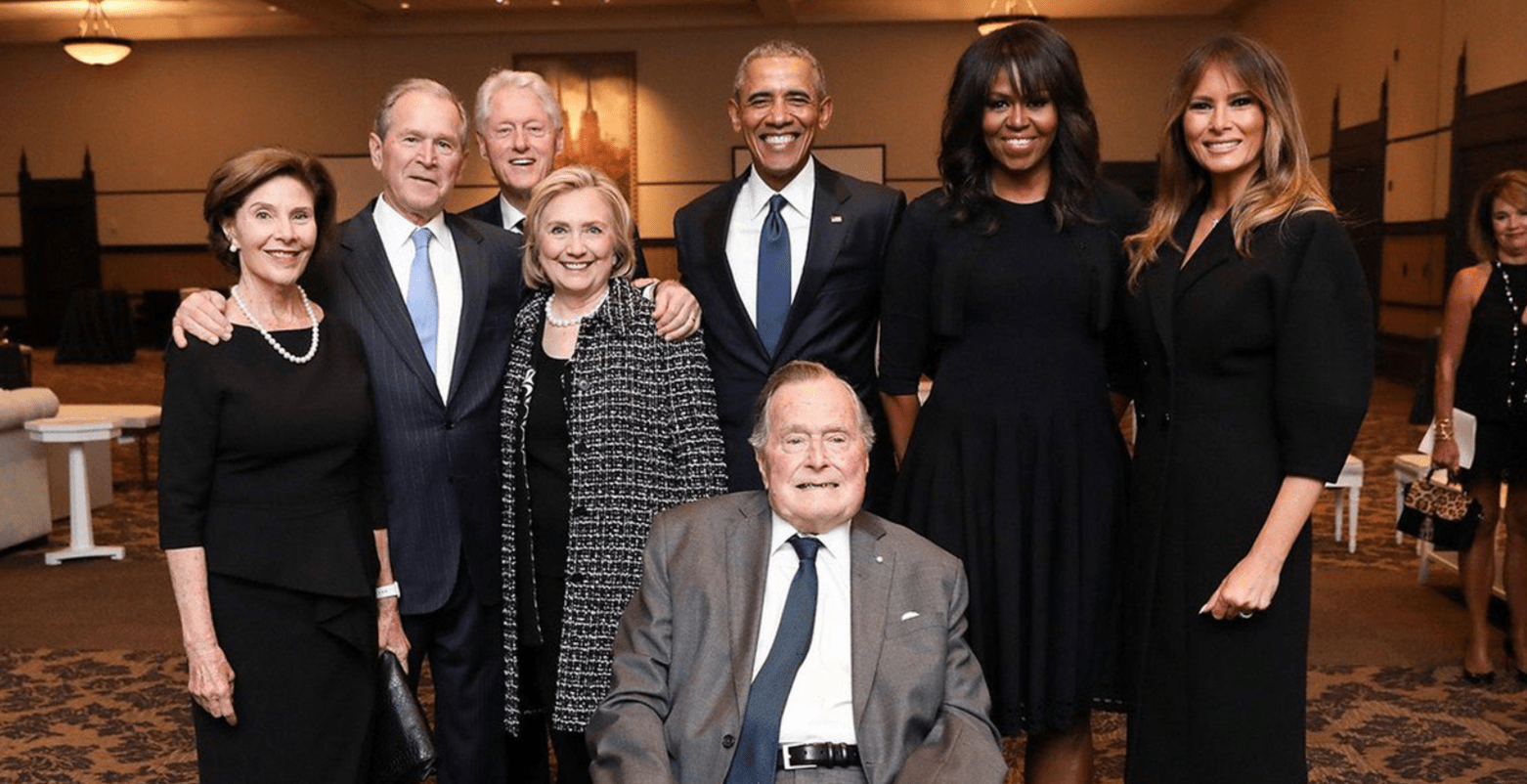 This weekend, a large memorial  service for former first lady Barbara Bush was held at St. Martin’s Episcopal Church in Houston. She passed away last week at the age of 92.

The service was attended by George H.W. Bush, George and Laura Bush, Bill and Hillary Clinton, Barack and Michelle Obama and current first lady Melania Trump. A photo by Paul Morse, which was tweeted by Jim McGrath, a Bush family spokesperson, shows them coming together following the service.

Even though former President Jimmy Carter did not attend because he was on “a private trip overseas,” first lady Rosalyn Carter was recovering from a recent surgery and President Trump watched on TV from Mar-a-lago, the photo is a rare image of such a large collection of presidential families coming together for a moment of bipartisan support.

Heading to the Southern White House to watch the Funeral Service of Barbara Bush. First Lady Melania has arrived in Houston to pay our respects. Will be a beautiful day!