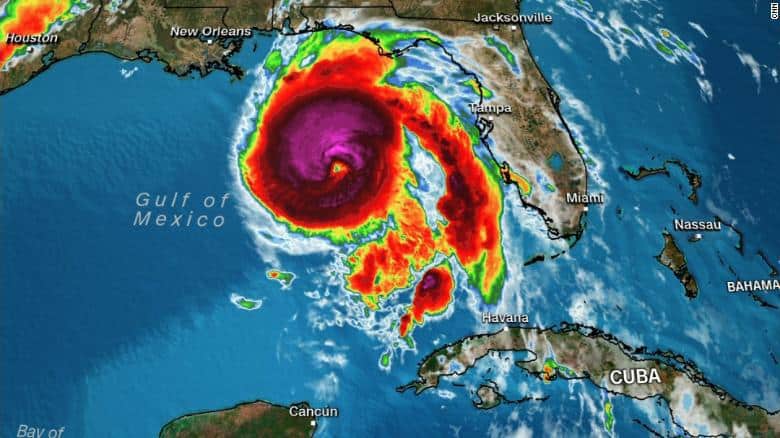 Supercharged Hurricane Michael is set to make landfall at up to 145 miles per hour in the Florida panhandle this afternoon, affecting cities along the Florida gulf coast, then Georgia and the Carolinas as the storm heads east.

Gov. Rick Scott said, “This is the worst storm that our Florida Panhandle has seen in a century.”

As the storm begins to surge, World Vision is preparing to respond with aid. Today the organization will begin shipping urgent supplies—food kits, hygiene kits, clean water, diapers, blankets, etc—from its warehouse in North Texas. Over the next 24 hours, they will ship supplies to reach upwards of 3,000 of the most vulnerable affected by Hurricane Michael.

CNN (who posted the satellite image above) called Hurricane Michael a “monster unlike any other,” saying that “even those jaded by hurricanes have never seen anything like this.”